This website requires certain cookies to work and uses other cookies to help you have the best experience. By visiting this website, certain cookies have already been set, which you may delete and block. By closing this message or continuing to use our site, you agree to the use of cookies. Visit our updated privacy and cookie policy to learn more.
Home » CERIA Appoints Greg Miller as VP of Business Development
Cannabis ProductsCannabis Food & Beverage CategoriesCannabis Industry NewsCannabis Beverages

Miller will be responsible for sales, territory development, distributor relationships. 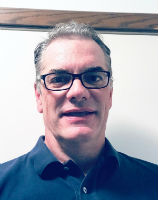 Miller, based in Eden Prairie, Minnesota, will be responsible for development and expansion of CERIA Brewing Company's entire portfolio of brands in the U.S., which includes both its THC-infused and non-alcohol products.

Miller is an award-winning CPG executive with sales leadership, marketing and strategy development experience. Prior to joining CERIA, he held various sales and marketing positions for 25 years at MillerCoors. Miller will report directly to the CEO and will be responsible for sales, territory development, distributor relationships and retail accounts.

"Greg most recently was director of national accounts, casual dining and on-premise at MillerCoors, and was responsible for leading the company's distribution and sales initiatives with Buffalo Wild Wings, the largest on-premise beer customer in the U.S.," Jodi Villa said. "We feel his experience is a perfect match with CERIA's goals of expanding distribution of our THC-infused craft beers wherever cannabis is legal, and expanding distribution of our new, great-tasting beers without alcohol."

Miller graduated from the University of Minnesota, where he received a Bachelor of Arts degree in economics, with a minor in art history. He and his wife, Wendy, have two adult daughters. He is an avid golfer and volunteers his time to breast cancer causes.

Over the summer, CERIA, which made Colorado history with the state's first THC-infused beer in December 2018, announced it will be entering the non-alcohol beer market with Grainwave NA Belgian White Ale.

Grainwave NA will first be introduced before the end of 2019 and eventually will be available nationwide. CERIA also will begin to offer an IPA in two versions, one infused with 10 mg of THC and 10 mg of CBD for sale in cannabis legal states, as well as a non-alcohol version.

A Look Inside the Emerging Market for Alcohol-Free Cannabis Beverages