Is the cannabis industry neglecting the generation who invented it?

Any fan of the Emmy-nominated “Martha & Snoop’s Potluck Dinner Party” will recall the delightful episode where the rapper and the baker collaborate on making “green brownies.” Snoop Dogg kids Martha that she is leaving out the most important part of the recipe. She assures him this “secret ingredient” will be added later.

But when you think about it, the lack of a generation gap between these two superstars is no surprise—nor is the fact that they could bond over a recipe for cannabis brownies. After all, Stewart’s generation invented the cannabis market in which Gen Xers such as Snoop Dogg now thrive.

What is surprising, though, is how poorly the cannabis industry markets to its originators. In fact, despite the impressive spending power of the baby boomer generation, cannabis advertisers only allocate an estimated 5 percent of their budgets to targeting this group (see “Seniors Are the Cannabis Market Few Companies Are Targeting,” Green Entrepreneur, January 2019).

This lack of interest in older consumers is traditional to advertising in general. A recent article in Fast Company makes the point that while the 55-plus market is expected to make up 50 percent of urban consumption between 2015 and 2030, marketing to them is represented primarily by “a hellscape of reverse mortgages, erectile dysfunction pills, and bathtubs that won’t kill you” (see “Why marketing to seniors is so terrible,” May 2019). If in the 1960s you weren’t supposed to trust anyone over 30, in 2020 you’re not supposed to market to them either.

But older folks (in this case, anyone over 55) want to have fun, too—and they want to be well while they’re doing it. 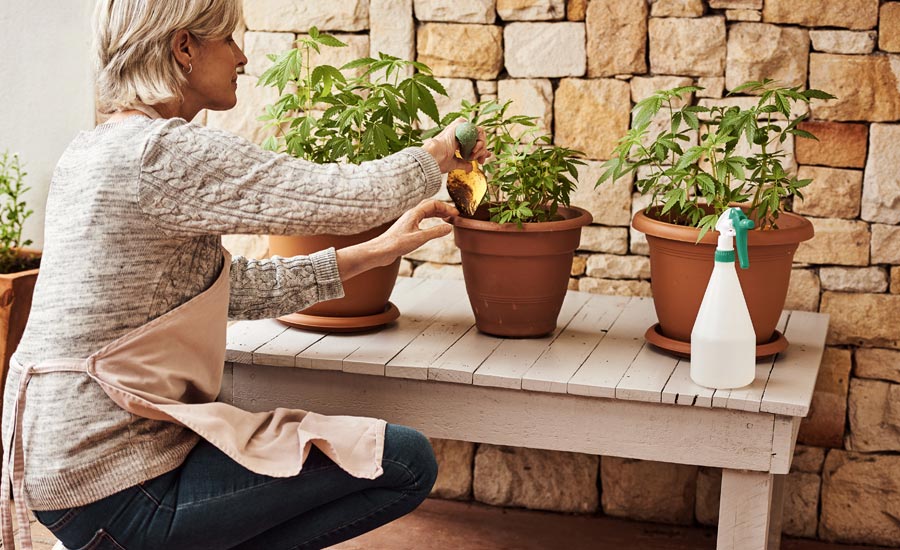 As boomers age, they are confronted with health issues, and they are increasingly turning to cannabis for relief (see “Baby Boomers’ Cannabis Trends and Insights,” Headset, January 2020). They use cannabis in one of its forms to address arthritis, muscle spasms from multiple sclerosis, nausea (from cancer-related chemotherapy treatments and other causes), anxiety, insomnia, and a host of other conditions.

They consume in a variety of ways. Smoking still holds the top spot at over 50 percent. However, quickly gaining ground are edibles, tinctures, beverages, and other product formats—all of which are easier on the lungs. Research shows that boomers use medical cannabis at twice the rate of millennials (see “Survey: Boomers Use Cannabis Medically at Twice the Rate of Millennials,” Ganjapreneur, August 2020). Such a range of options may have something to do with the fact that usage has doubled among boomers in recent years, from 4.5 to 9 percent, according to the Headset research. 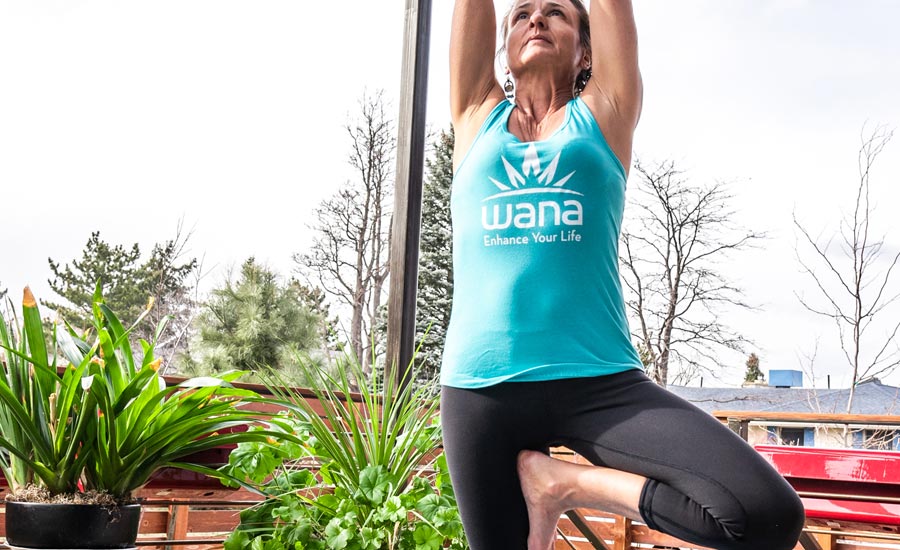 Boomers and the older segment of Gen Xers will find a welcome mat on the Wana Brands website. Visitors are greeted by a video showing this demographic pursuing wellness-oriented activities—specifically yoga.

During segues, we see them unpacking cannabis products, including edibles. Other images show them relaxing and enjoying the mellow buzz such products promise. There are pages for medicinal and recreational products, branded “Wana Gear,” and dispensary locaters.

The message is clear: Cannabis is a healthy way for active elders to enjoy life and treat its aches and pains. The website asks, “Wana enhance your life?” The answer is found in the array of colorful products and packaging.

The packaging on this site bears out both the healthful and fun vibe associated with the brand. What boomer could resist raspberry or mango sour gummies? Containers are clear plastic that enable the vibrant colors of the product to show through in all their mouth-watering glory.

And, there’s also a nod to sustainability. Packaging is biodegradable, food-safe plastic and features a freshness seal, tamper-resistant closure, and recyclable container. Environmental awareness is a strong element. The brand promise is compelling: “Reduces Packaging Waste by Over 60 Percent!”

A lot is made of the statistics showing that millennials use cannabis recreationally in far greater numbers than older generations. But when you look at the numbers, you realize the relativity of such generalizations.

For instance, one source, “Marijuana & the Differences Between Millennials vs. Baby Boomers,” shows that of those boomers who consume cannabis, only 28 percent do so for recreation versus 49 percent of millennials (Verilife, June 2020). Worth noting, however, is that recreational usage among the older crowd continues to grow (see “Marijuana use continues to grow among baby boomers,” ScienceDaily, September 2018). Not only that, but 28 percent accounts for tens of millions of people. Finally, as alcohol consumption in general declines, one can’t help but speculate that cannabis will pick up the slack cross-generationally.

The shopping patterns of alcohol consumption also offer a hint to the importance of brands when looking at older and younger generations. According to a survey by Neilson, more than half of baby boomers (52 percent) report having a specific brand in mind when making a shopping trip, compared to only one-quarter of millennials” (see “The Alcoholic Beverage Opportunity: Understanding Boomer and Millennial Shopping Behavior,” Nielsen, May 2017).

This suggests that, for cannabis marketers, there may be real opportunity in creating a strong brand presence, and including a line extension in their portfolio, specifically targeted to Gen X and boomers. Premium offerings also hold great potential, as this group has greater spending power.

MARTHA AS THE MODEL

Perhaps cannabis marketers should look to Martha Stewart to see which way the wind is blowing. Though she has said she’d “rather pass than puff,” she has admitted to trying edibles. She’s even been approached for input on recipes and ointments, and some have speculated whether someday we might see a Martha Stewart cannabis cookbook (see “Martha Stewart Has, In Fact, Tried Marijuana Edibles, and Here Are Her Honest Thoughts,” HelloGiggles, December 2018).

However that turns out, Stewart is already in the business, advising a Canadian company on CBD products for humans and pets (see “Martha Stewart Will Advise Cannabis Grower on Products for Humans and Pets,” The New York Times, March 2019). Other boomer celebrities such as Whoopie Goldberg and Tommy Chong (naturally…), and Gen Xers such Bethany Frankel, are all getting into the game.

All of this suggests that it is time for the cannabis business to come home to its parents—the boomer and Gen X generations. They may not be hippies anymore, but they are brand loyalists with plenty of cash to spend on the products that understand them and communicate the right message.

Newmaster has 25-plus years of experience in CPG branding and package design. From 1998 to 2016 he was a principal and co-owner of WFM. Over the past three years, Tom has overseen the launch of FORCEpkg, a branding and packaging design firm. He has had articles published in Brand Packaging, Packaging Strategies, BXP, FoodDive and others.