This website requires certain cookies to work and uses other cookies to help you have the best experience. By visiting this website, certain cookies have already been set, which you may delete and block. By closing this message or continuing to use our site, you agree to the use of cookies. Visit our updated privacy and cookie policy to learn more.
Home » An Inside Look at the Evolution of the Ocean Spray Lighthouse Incubator’s CarryOn CBD Beverage Brand
Cannabis ProductsCannabis Food & Beverage CategoriesCannabis Industry NewsCannabis PackagingCannabis BeveragesCannabis Branding 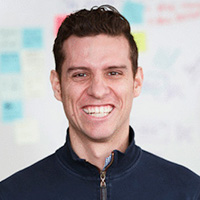 Santi Proaño, director of Ocean Spray’s Lighthouse Incubator, says a critical question drove the development of its sparkling CBD beverage brand CarryOn: Why are you in the CBD industry?

Proaño posed the same question to attendees of Cannabis Products Exchange’s first keynote session, held virtually April 27. He pointed to the enormous opportunity and energy in the CBD industry, as well as the challenges it continues to face.

But for the CarryOn brand, the main goal of working with CBD is to solve people’s everyday concerns — stress, anxiety, and pain relief.

“When it comes to the cannabis industry, and the reasons why users enter into CBD, it becomes very important to feel with them and understand in order to create products that understand their problems,” Proaño said.

Proaño offered a glimpse at CarryOn’s evolution, from the five-month jaunt between its conception and market tests in Colorado, to the reassessment of its branding after getting feedback from consumers.

He first pointed to Ocean Spray’s history, which began with three independent cranberry farmers in 1930. To build on its success, the company knew it needed to move beyond its core categories and explore new products, formats, and channels.

“If we’re going to extend that 90-year legacy for another 90 years, we really need to grow,” Proaño said. “The incubator is one of few teams working on new products, and our role really is growth.”

Taking on a startup mindset, Ocean Spray assembled a team of food scientists, creatives, researchers, salespeople, and product and process engineers with an entrepreneurial spirit — many of whom had been successful entrepreneurs in their own right.

Then, using Lean Startup’s minimum viable product (MVP) approach, the Lighthouse Incubator developed CarryOn in a two-week design sprint. Proaño said the incubator put the consumer at the center of the process, conducting ethnographies that offered insight into their concerns, particularly around mental health.

The CarryOn team identified four groups of consumers and how they handle their mental health:

The CarryOn team used the “If I could just” group as inspiration for their design sprint, Proaño said.

“These are folks that want to improve and they’re not going to let things stop them,” he said. “At the same time, things aren’t perfect, and they’re going to struggle through it.”

Hence the product’s name, CarryOn, which symbolizes endurance and forward movement. But the brand message is only part of the equation. The product also needs to appeal to consumers’ tastes. Fortunately, Ocean Spray has plenty of experience in the beverage arena, Proaño said.

He noted the CarryOn team started with a sparkling water base, given its current popularity among consumers. They used juice to lightly sweeten it and give it a different mouthfeel. The team also incorporated ingredients beyond CBD, such as Vitamins C and D, L-theanine and choline, to increase the functionality.

But none of that matters if the flavor isn’t on point, Proaño added. He said the team tested more than 100 flavors before deciding on Blueberry and Citrus.

“When it comes with food and beverage, it always starts with flavor,” Proaño said. “Function is important and growing, but if flavor doesn’t deliver, you can’t get out of the starting gates.”

The CarryOn team took the brand to the Denver market in 2020, starting with liquor stores. While the COVID-19 pandemic impacted the launch, the timing was beneficial overall, since the global health crisis created significant stress and anxiety in consumers.

Through the initial launch, the CarryOn team learned consumers found the positioning too serious, so they pivoted to focus on “smaller, magical moments” that can kickstart little transformations, Proaño said.

He added the team changed the names of the products to Relax and Recover, to make their functional intentions clear. They also updated the packaging to feature a bold color palette and flavor cues.

For now, CarryOn seeks to expand distribution in Colorado, most recently in Sprouts Farmers Market stores. The brand is also exploring new flavors and formats.