Consumers often seek out individual cannabinoids such as cannabidiol (CBD) and tetrahydrocannabinol (THC) to heighten their social experiences and fulfill their health and wellness needs.

However, ingredient suppliers and product manufacturers also offer comprehensive cannabinoid and terpene blends with the understanding that the whole may be more effective than the sum of its parts.

Known as the “entourage effect,” it’s theorized that cannabinoids and terpenes “may work together in a synergistic fashion to create a combined effect that is greater than any individual effect,” says Dr. Michelle Shuffett, chief growth officer, Radicle Science, San Diego, CA. 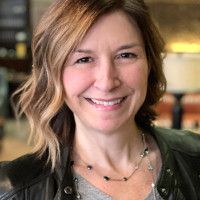 Known as the “entourage effect,” it’s theorized that cannabinoids and terpenes “may work together in a synergistic fashion to create a combined effect that is greater than any individual effect,” says Dr. Michelle Shuffett

These ingredients offer a multitude of possibilities for brand owners and product manufacturers.

“In theory, the entourage effect may lead to increased therapeutic benefits for products that contain a variety of compounds versus isolates,” Shuffett says.

Recent research from Radicle Science, in partnership with the Wholistic Research & Education Foundation and OpenNest Labs, helped to test this theory.

In the fourth quarter of 2020, they conducted randomized, controlled human study on CBD and women’s health. The goal of the study was to evaluate the effects of commercially available, non-prescription CBD products across a range of health domains, including well-being, mental health, physical health, digestive health, sleep quality, and sexual satisfaction.

For a 60-day in-home use test, 1,350 women from the U.S., ages 24-44, were randomly assigned to one of nine groups, with eight groups receiving eight different CBD products from Rae Wellness in the mail. The ninth group—the control group—did not consume any CBD.

In the first phase of the analysis, Radicle Science found consumption of any CBD product led to “significant reductions” in anxiety over 60 days, compared to the control group. Anxiety reductions occurred within the first 30 days, and those lower levels were sustained for at least another 30 days of use.

This study didn’t illustrate a strong presence of the entourage effect, Shuffett says, but much more research is needed.

“For the CBD products used by this population, we did not find evidence of the so-called entourage effect, suggesting some full-spectrum (up to 0.3% THC) hemp-derived CBD products may perform similarly to broad-spectrum (0% THC) CBD products for anxiety reduction,” Shuffett says. “However, THC is just one component that could theoretically drive the so-called entourage effect, and thus our study is just scratching the surface of the combinatorial effects of cannabis compounds.”

Radicle Science is expected to release results from the second phase of analysis later this year.

Ingredients on the market

KND Labs offers a portfolio of virtually THC-free broad-spectrum distillates that contain between 80 and 90 percent CBD, as well as varying ranges of terpenes and minor cannabinoids, including cannabigerol (CBG), cannabinol (CBN), cannabichromene (CBC) and cannabidivarin (CBDV).

“We find that some clients really appreciate the earthy notes in the distillates—especially for the full-spectrum customers—and we often provide those,” he says. “When clients want a cleaner taste and aroma profile we provide our light terpene profiles, which are ideal for more mainstream customers.”

Earlier this year, KND Labs introduced FreeFlow RELAX 2:2:1 Distillate & FreeFlow UPLIFT 1:1:2 Distillate, which feature specific cannabinoid and terpene blends for desired end-user effects, facilitating manufacturers in their product research and development processes.
“Many companies new to the space have a learning curve and often trepidation around working with cannabinoids,” Swanwick says. “We take a lot of that guesswork, learning curve and apprehension out of the way by doing the oil blends at KND and providing ready-to-go solutions for manufacturers.”

Mile High Labs, Broomfield, CO, offers a similar broad-spectrum distillate that contains 80-90 percent CBD, along with terpenes and other minor cannabinoids such as CBG and CBN. The company recommends using it for gummies, tinctures, and softgels.

In August 2020, Folium Biosciences introduced broad-spectrum stalk-and-seed oil to expand its offerings to global markets, including Japan and South Korea.

"Global CBD leadership means having the capacity and expertise to meet diverse country requirements, from the grow side through quality, testing, and fulfillment," says Kashif Shan, Folium Biosciences co-founder and CEO. "With our new Pueblo West facility now online as one of the largest in the world, Folium is uniquely positioned to tailor our equipment to meet every global extraction requirement.”

Alyse Thompson has held many positions with BNP Media, first serving as an intern at Candy Industry Magazine in summer 2012. She joined Candy Industry's staff full time as associate editor in August 2016 after a few years at newspapers in West-Central Illinois, becoming managing editor in March 2019. Alyse has also served as managing editor of Cannabis Products Magazine since March 2019. She has bachelor’s degrees in journalism and Spanish from Western Illinois University.
You must login or register in order to post a comment.