This website requires certain cookies to work and uses other cookies to help you have the best experience. By visiting this website, certain cookies have already been set, which you may delete and block. By closing this message or continuing to use our site, you agree to the use of cookies. Visit our updated privacy and cookie policy to learn more.
Home » An Inside Look at Cann’s Approach to Product Development
Cannabis ProductsCannabis Food & Beverage CategoriesCannabis Industry NewsCannabis Beverages 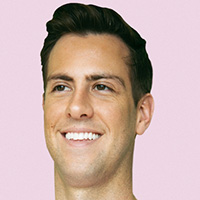 Jake Bullock and Luke Anderson didn’t set out to create something that’s been done before, but they never wanted to follow trends, either.

The co-founders developed Cann, a microdosed cannabis beverage, with the goal of creating something that would be enjoyed at social occasions for years to come — alongside traditional alcoholic standards.

“When we think about product development and brand, we want our product to fit in more than stand out,” Bullock said. “This is not a novelty, this isn't something that's trendy and people will jump into for a couple of years and then kind of go away. We wanted to be the new classic.”

Bullock offered insight into Cann’s genesis and the company’s approach to product development during his keynote presentation for Cannabis Products Exchange, held April 28-29 at the Hilton Denver City Center. Though Cann’s path has diverged from typical consumer packaged goods (CPG) development, Bullock said formulating without the usual constraints has resulted in an innovative, flavor-forward product with staying power.

Though the cannabis beverage segment is operating on a smaller base than flower or concentrates, it is one of the fastest-growing categories, Bullock said. Citing data from Headset, he pointed to the nearly 70% growth beverage saw between the first quarter of 2020 and the first quarter of 2021, going from $18.6 million to $31.3 million. That’s compared to flower, which went from $849 million to $1.1 billion, representing 32% growth over the same period.

“Beverages are the future,” Bullock said. “We can see that in the data, we can see that with the consumer and the energy, so that provides context as we thought about starting a cannabis beverage company.”

Consumer preferences also play a role. Younger generations are not consuming as much alcohol as their predecessors, and those who are new to cannabis — or are returning after a hiatus — may not want smokable products. Add in the familiarity of the beverage form factor, and there’s potential for growth. In fact, Bullock said capturing a slice of the alcohol market would offer a major opportunity for Cann and the overall cannabis beverage category.

“We looked at these numbers and decided to design a product for the alcohol drinker,” he said. “Not for someone who's smoking cannabis. We're not going to get them to stop smoking and start drinking their cannabis. Others may try to do that, but our goal is, how do we get 10-20% of the alcohol market because we think that's much more exciting. And that's going to inform a lot of our product development.”

Bullock said traditional CPG development often begins with R&D, legal, compliance, business development, and sales at the table, leading to a “design by committee” approach. Instead, Bullock argued, those elements should come after initial formulation in order to create a truly transformative product.

“When you're trying to please everybody, you end up not exciting anybody,” he said. “It doesn't mean that the products that are designed by committee aren't ones that look really good on paper and make everyone happy, but they may just not make anyone really excited.”

While this method — designing for an “n of 1,” as Bullock calls it — may foster tension with Cann’s operations team, it has yielded beverages that captivates consumers. As an example, Bullock cited the Sicilian lemon juice Cann uses in its Lemon Lavender variety. Though sourcing the lemon juice is more complex and more expensive, Bullock said the aromatic, less tart flavor draws in fans and adds to the brand story.

“The point of product development is not to make a product that is mostly likely to succeed at commercialization or most likely to make the head people sitting at the table happy,” he said. “The goal is to create something innovative, something that has never been done before, something that resonates with a set of consumers in such a way that it is no longer a trend. It becomes a new classic. It's something that people want to continue to have and consume forever.”

Branding and packaging are also critical parts of the product development process. Although it adds complexity to the process, Bullock said Cann uses 8-oz. cans to alleviate consumer fears about overconsumption. Additionally, Bullock said Cann initially fell into the trap of spending too little time on branding after carefully developing its formulations. The company went through several branding iterations with different designers before achieving its current look.

"It wasn't until we took the time to actually do this the right way that we got the ultimate product,” Bullock said. “The best way to do this is to give the brand — your packaging, your visual identity — the same amount of time and effort that you gave the formulation."

Cann Debuts New Variety With and Without THC