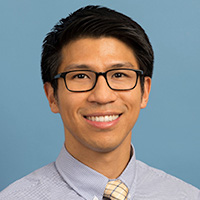 Dr. Jeff Chen MD/MBA is the Co-Founder and CEO of Radicle Science, a health tech company leveraging big data and digital health to democratize clinical trials for CBD and cannabis brands to enable them to become validated for the first time.

At the age of 29 he became one of the youngest leaders of a major U.S. university initiative when he founded the UCLA Cannabis Research Initiative, one of the first such programs in the world. As Executive Director, he grew the program to over 40 faculty across 18 UCLA departments working on cannabis and hemp-related research, education, and policy projects.

He has been a co-founder, managing partner, investor, and advisor in companies, not-for-profits, and venture firms in life science, sustainability, tech, and media. He is a member of communities such as Founder's Forum, Nexus, Sandbox, Mountain Gate Series, Summit, Schusterman Foundation Reality Impact, and World Economic Forum Globalshapers.

Dr. Chen has been covered by outlets including Rolling Stone, Wall Street Journal, VICE, CNN, TIME, NPR, Entrepreneur, & Business Insider, his writings published by outlets including TED, and he is part of the Medical Team at Healthline. He appears on TV shows like “The Doctors”, NBC News, CBS Sunday, and in interviews and fireside chats with public figures like Jonathan Van Ness, Lake Bell, Ryan Tedder, & Colorado Governor John Hickenlooper.

Dr. Chen is a lifelong musician and singer and has performed in choirs, a cappella groups, rock bands, and as a solo artist at venues ranging from Carnegie Hall to Dodger Stadium to the Vatican. He has traveled across five continents to deliver keynote talks at venues ranging from the Mexico Senate to the Yale School of Management to the Royal Court of the Kingdom of Bhutan. He is represented by the agency Big Speak (bigspeak.com/speakers/dr-jeff-chen).