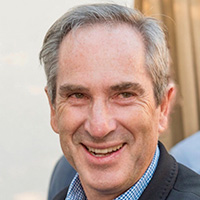 Alan has worked in the world of nutritional foods, supplements and ingredients for the last ten years, before that having spent most of his career with large global companies such as Unilever and Tetra Pak. He has worked in various countries around the world and was CEO for Tetra Pak North America (USD 1BN+) before joining NextFoods, the makers of GoodBelly Probiotic Juice. He was involved at its very inception in 2008, when he helped secure the license of a patented probiotic strain from Sweden and participated in naming the product. He was involved in raising the initial outside capital and more recently led the charge in attracting both PE and strategic money to the company.

In addition to being the CEO of NextFoods, Alan sits on (or has sat on) a number of boards in the natural foods and packaging industries, working closely with the founders, investors and management teams. These include companies that are funded by venture capital and private equity investors. He has also presided over numerous exits to strategic and PE buyers. He was Chairman of both SunOpta Inc, a billion dollar public company, and the Carton Council, an industry organization established to promote the recycling of beverage cartons, which he founded.

Alan is an active mentor of founders and CEO’s in both established and start-up companies and is a regular speaker on the topic (Boulder Start-up week, Expo, Big Food accelerators etc.) His focus is on developing female leadership at a board and executive level.

He holds a degree in Biochemistry and Molecular Biology from the University of Cape Town. In his private time, he surfs, plays tennis and golf and skis in Colorado, his current home.