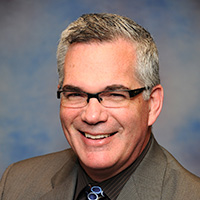 In his position as Senior Project Architect at Hixson, Bryon Sutherly is responsible for programming, design, and related tasks for Hixson’s Corporate Workplace and R&D projects. In addition to this role, Sutherly serves as the Lead for the firm’s Corporate Workplace Strategic Business Unit, in which he helps establish direction for the unit and oversees related marketing initiatives.

Sutherly began his career at Hixson in 1980 as a co-op student from the University of Cincinnati. As his career progressed, Sutherly held a variety of positions in the firm’s Architecture and Interior Design departments before leaving to create his own solo practice in 1996. A decade later, Sutherly returned to Hixson and since that time has been the lead architect on many projects, including site evaluation and master planning, project programming, zoning and architectural design for an $11 million renovation and expansion of the Nestlé Quality Assurance Center in Dublin, Ohio. Other noteworthy projects led by Sutherly include the master planning and design for a test kitchen and R&D facility, and a new, 25,000 sq. ft. two-story corporate headquarters for an up-and-coming growth acceleration firm.

A licensed member of the American Institute of Architects and holds a certificate in Construction Documents Technology from the Construction Specifications Institute, Sutherly holds a Bachelor of Architecture from the University of Cincinnati.