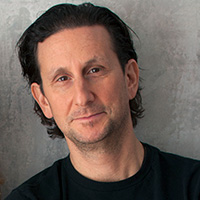 Chef Rich Landau, a pioneer of the modern plant based dining experience, opened his first restaurant, Horizons, in 1994. His mission: to demonstrate the creativity and satisfaction of vegetable cuisine. Through the many years in the restaurant industry, teaching and consulting and media appearances including winning Food Network’s Chopped, Landau has used the carnivore’s palate he grew up with to translate vegan cuisine to a broader audience. In 2009 Landau and Jacoby cooked the first Vegan meal ever served at the James Beard House in Manhattan. In 2011 they opened “Vedge” in an elegant Center city Philadelphia brownstone to national acclaim. In 2016 Vedge was awarded a “4 bell” review by Philadelphia Inquirer restaurant critic Craig Laban, the highest possible rating for a restaurant. Landau and Jacoby have authored four cookbooks, including the most recent “Vedge: 100 Plates Large and Small that Redefine Vegetable Cooking”. Chef Landau has been a finalist multiple times for the James Beard Foundation's Best Chef Mid Atlantic as well as twice being named “Best chef in Philadelphia” by Philadelphia Magazine.