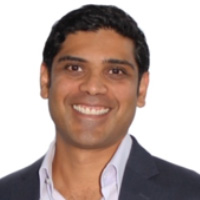 Shehzad Hoosein is executive vice president at Cannabistry Labs ® and is responsible for overseeing all product development and innovation efforts. Over the past two years, he has spearheaded the creation of a world-class research and development team, which has successfully brought numerous products and technologies to market. Hoosein brings both business acumen and experience in innovation to his role, which stems from a 15-year tenure at DIAGEO, a Fortune 500 company and the world’s No. 1 premium spirits company. At DIAGEO, Hoosein was responsible for the overall development and implementation of the operations management strategy for the entire North America whiskey portfolio. He also led its science and technology platform in the field of beverage fermentation, distillation, maturation, and blending quality. Hoosein received five separate awards during his time at DIAGEO, and developed and commercialized nearly 100 new and wide-ranging products. Hoosein earned his master’s in business administration degree in finance and operations management from the University of Chicago Booth School of Business, and his bachelor’s degree in chemical engineering from The Georgia Institute of Technology.