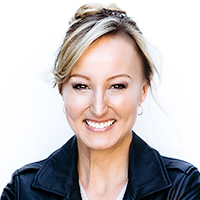 Tara Kriese is the acting President of Mikuna Foods, the first company to introduce Chocho, a clean superfood protein sourced from Ecuador, to the US Market. A marketing strategy executive leveraging 20+ years of consumer experience in emerging whitespace categories, including devices, services, and plant-based foods, Tara has guided executives, boards of directors and management teams to achieve strong ROI with powerful omnichannel marketing at Fortune 100 brands and multiple high-growth startups.

Spending the last few years focused on growth-stage companies, Tara has held various consulting and in-house leadership roles including SVP of Marketing at Impossible Foods where she launched the Impossible Burger brand. Prior to startups, she spent most of her career working on technology brands including Samsung as the Senior Director and Head of Marketing for VR, Content & Services where she launched and led marketing for the VR portfolio of devices and services driving mobile category growth for the Galaxy flagship brand; Amazon where she worked on Jeff Bezos’ secret letter(devices) projects; Microsoft where she worked on Bing, Windows and Window Live Messenger; and at AOL where she led brand marketing for AIM. Tara started her career in startups during the first dotcom boom working in business development for an ASP technology company.

Tara was born in Pennsylvania and has lived in Washington, D.C, Seattle, San Francisco, New York, and now Los Angeles with her daughter, Mercer, who is studying neuroscience at Smith College.

Protein's Future - Looking at Plants + Planting the Flag for What's Next!

So what’s next on the horizon? Forecasting for 2022 and beyond is Stephanie Lind, Founder of Elohi Strategic Advisors and Impossible Foods’ former Senior Vice President of Global Sales. Already an insights leader in plant-based products, Lind leads a thought-provoking session about the next technologies involving protein from plants as well as sources as diverse as algae, air and insects.