Fresh food consumption will continue to grow over next five years 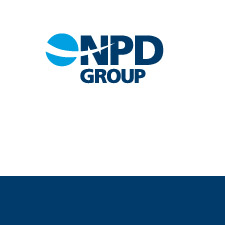 The age-old parental advice to “eat your fruits and vegetables” has taken hold. From 2003 and 2013, consumption of fresh foods — fruits, vegetables, meat, poultry, fish, and eggs — grew by 20 percent to over 100 billion eatings and it’s the youngest generations, Generation Z, ages 0-23, and Millennials, ages 24-37, driving the trend, reports The NPD Group, a leading global information company. In the next five years, all three main meal occasions will get even fresher, according to NPD’s recently released The Future of Eating: Who’s Eating What in 2018?

Breakfast is the main meal at which fresh food eatings is forecast to grow the most, an increase of 9 percent by 2018, based on the NPD report, which presents five-year forecasts for over 200 food and beverage-related behaviors, attitudes, and characteristics. Fresh food consumption will grow 7 percent at lunch and 5 percent at dinner. The additional prep and cooking that some fresh foods require isn’t an issue for Millennial and older Generation Z consumers who want more involvement in preparing their meals.

In addition to eating more fresh foods, Generation Z and Millennial consumers are also interested in eating more organic foods. The interest in organics that was poised to take off in 2008 was stymied by the recession, but several trends indicate that interest in organic labels remains strong among the youngest generations but drops off dramatically after Gen Z and Millennials. Economic pressures, plus the idea that “it’s too late for me” may be contributing to the reduced interest among older generations, according to The Future of Eating: Who’s Eating What in 2018? report.

“Generation Z and Millennials are driving changes in this country’s eating behaviors with their approach to food choice and preparation,” says Darren Seifer, NPD food and beverage industry analyst. “Foods on the store’s perimeter will benefit from this increasing interest in fresh, and manufacturers of center of store items and retailers can take advantage of the ‘fresh’ trend by considering innovative ways to link their products to fresh foods.“