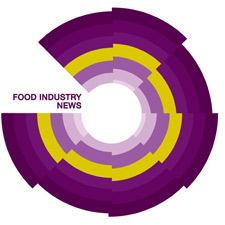 The general notion that all carbohydrates in the form of sugar have negative health consequences ignores a portion of the population whose performance can actually benefit from specific sugar consumption – athletes. A growing body of scientific research continues to show the benefits of carbohydrates, in the form of sugar, on athletic performance. The Gatorade Sports Science Institute (GSSI), the research arm of The Gatorade Company, reviewed the results of published studies related to carbohydrate intake shortly before or during exercise by team sport athletes. This body of research indicates that carbohydrate intake, in the form of the glucose polymer maltodextrin and/or the sugars glucose and sucrose, improves indicators of performance in team sports such as basketball and soccer.

"There is a distinct difference between the nutritional needs of an athlete and non-athlete. There is a further distinction between the nutritional needs of an athlete during activity vs. the rest of their day. An athlete's level of activity in the moment of training or competition calls for fuel, including sugar, as a vital energy source," said Scott Sehnert MS, RD, CSCS education chair of the Collegiate and Professional Sports Dietitians Association (CPSDA). "As registered dietitians, it's our job to ensure athletes understand the importance of fueling their bodies to help them perform at their best."

Gatorade and GSSI have a long history of working with athletes across the globe to better understand their unique fueling needs. The one constant that holds true for all athletes competing at a high level is the need to properly fuel in order to perform at their best.

"At every level, what I fuel my body with has been integral to my success," said Denver Broncos Quarterback Peyton Manning. "Athletes train at high intensities for long periods of time, and carbohydrates, like sugar, help maintain peak performance. It's a misconception that sugar is always bad."

In studies that examined the impact of carbohydrate consumption in the form of sugar and team sport performance, the majority of results showed beneficial effects of carbohydrate intake on intermittent, high-intensity exercise capacity, or the ability to maintain a high level of exertion, in team sports. Beneficial effects have also been reported on sprint speed in basketball protocols as well as skill performance, such as shooting performance in soccer and serving and shot performance in tennis.

"The majority of scientific studies have shown the benefit of sugar consumption in an endurance athlete population. However, it is becoming increasingly clear that carbohydrates, including certain sugars, can also delay fatigue thereby improving performance in skill-based sports such as basketball and soccer," said James Carter, Ph.D., director of GSSI. "Athletes should not be afraid of sugar in connection with athletic activity because it can serve a functional purpose. The sugars are used as a fuel during activity and can positively affect their performance. This is why Gatorade uses rapidly digested and absorbed sugars across its entire sports fuel portfolio."

This body of research, in combination with ongoing work in the endurance sports space, reiterates the National Athletic Trainers' Association (NATA) and the American College of Sports Medicine (ACSM) guidelines that recommend athletes consume 30-60 grams of easily digested carbohydrates (for example, the sugars glucose and sucrose) per hour of training or competition, when these sessions last longer than one hour.

"Athletic trainers prevent and assess injuries and rehabilitate athletes. This includes providing counsel on proper sports nutrition to keep athletes safe and help maximize their performance," said Brent S. E. Rich, MD, ATC, Utah Valley Orthopedics and Sports Medicine and contributor to the NATA's position statement on Fluid Replacement for Athletes. "Scientific research supports the fact that a moderate amount of carbohydrates in the form of sugar helps fight fatigue and has a positive impact on motor skills – both key factors in keeping athletes safe on the field of play."

It is important that this information is understood to impact the performance of athletes that are engaged in physical activity for 60 minutes or longer and that the type of carbohydrate (blends of glucose, sucrose and/or maltodextrin) can play a critical role. Athletes should choose carbohydrates that are easily digested, absorbed and quickly oxidized by the muscle to provide energy.

Small amounts (30-60 g/h) of the sugars glucose and sucrose, along with the glucose polymer maltodextrin, are all appropriate types of carbohydrate during exercise to provide energy.