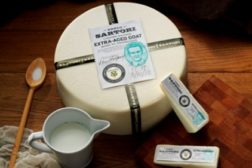 The top American agriculture official has called on the European Union to do more to ease restrictions on gene-altered food and feed crops if it hoped to reach a trans-Atlantic trade pact.
No Comments
The deal is also drawing opposition from groups on both sides of the Atlantic, concerned it will lower environmental standards and weaken consumer protections.
Read More
Subscribe For Free!
More Videos

From Sriracha to Sauerkraut: The Lost Art of Fermentation is Back

Family First: How to Formulate With Probiotics for Whole-Body, Whole Family Benefits

In partnership with Deerland’s Family First platform, a content series helping product marketers connect consumers with the science-supported health product solutions they seek, this webinar will provide you with the information needed to formulate and market products to address the unique needs of family-conscious, health-minded consumers in today’s complex landscape.
View All Submit An Event