ConAgra Foods searches for successor to Gary Rodkin, who retires in May 2015. 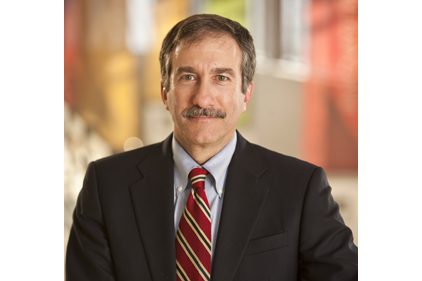 ConAgra says its Board of Directors has established a search committee, led by independent director Richard Lenny, to identify Rodkin’s successor. Lenny is the former chairman and chief executive officer of The Hershey Co. and has served on the ConAgra Foods board since 2009.

“It is a great privilege to lead ConAgra Foods, and while I look forward to retirement, I will miss working alongside so many smart and talented people who I’ve watched grow tremendously in my nine years here,” says Rodkin. “I’m pleased we are beginning my last fiscal year at ConAgra Foods by making good progress, and I have deep conviction that we are on the right path to deliver sustainable, profitable growth due to our significantly improved operational capabilities and our differentiated portfolio that is right for today’s value-oriented consumers. I will continue to lead our team with focus and enthusiasm until my successor is on board, and I look forward to helping with the transition process.”

Rodkin, 62, joined ConAgra Foods in October 2005. Prior to joining ConAgra, he was chairman and chief executive officer of PepsiCo Beverages and Foods North America, where he led a $10 billion organization that included leading brands such as Pepsi, Gatorade, Quaker Foods and Tropicana. He joined PepsiCo in 1998 after it acquired Tropicana, where he had served as president since 1995. From 1979 to 1995, he held marketing and general management positions of increasing responsibility at General Mills, with his last three years at the company as president of the Yoplait yogurt division.

“ConAgra Foods is making good progress on its priorities, and we are confident in the company’s ability to deliver on its fiscal year EPS commitments,” says Steven Goldstone, ConAgra Foods chairman. “The Board is extremely appreciative of Gary’s leadership, vision and accomplishments over his almost nine years as CEO of ConAgra Foods. Under his stewardship, ConAgra Foods has transformed from a holding company into one unified company, with a well-balanced portfolio of Consumer, Commercial and Private Brand businesses, and strong operating capabilities.

“To achieve this transformation, Gary made necessary and bold moves with the company’s portfolio and drove significant cultural change throughout the business. We thank him for his hard work and commitment to ConAgra Foods and its 34,000 employees. We also appreciate the early notification Gary provided, so that we can begin the search and put the right successor in place over the course of this fiscal year. We look forward to Gary’s participation in the succession process.”