Results were reported online in the Journal of Proteome Research 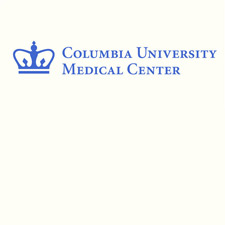 Researchers at Columbia University Medical Center have found that, in addition to gluten, the immune systems of patients with celiac disease react to specific types of non-gluten protein in wheat. The results were reported online in the Journal of Proteome Research.

Celiac disease, an autoimmune disorder that affects about 1 percent of the U.S. population, is triggered by the ingestion of wheat and related cereals in genetically susceptible individuals. The immune response results in inflammation and tissue damage in the small intestine, which can lead to severe gastrointestinal symptoms, as well as a number of extra-intestinal manifestations. Gluten proteins, which represent about 75 percent of the total protein content of wheat grain, are known to be the primary triggers of the immune response in celiac disease. While the role of gluten in celiac disease has been extensively studied since the 1950s, the possible involvement of wheat non-gluten proteins has not been characterized and is poorly understood.

"This work is the first to attempt mapping of the B cell response to non-gluten proteins of wheat in celiac disease," said the study's principal investigator, Armin Alaedini, PhD, assistant professor of medicine (in the Institute of Human Nutrition and the Celiac Disease Center) at Columbia University.

Dr. Alaedini and postdoctoral fellows Sina Huebener and Melanie Uhde, in collaboration with a team of scientists at the U.S. Department of Agriculture, searched for the protein targets through two-dimensional separation techniques, immunoassays, and mass spectrometry. The new data identify a group of molecules known as serpins, in addition to four other types of wheat protein, as novel non-gluten immunogenic proteins in celiac disease.

Co-author Peter H. R. Green, MD, the Phyllis and Ivan Seidenberg Professor of Medicine and director of the Celiac Disease Center at Columbia University Medical Center, said, "These results indicate that immunologic reactivity in celiac disease may not be limited to wheat gluten, but can involve certain non-gluten proteins, too. I think the findings have implications for understanding the mechanism of the disease and developing new therapeutics."

The authors caution that it remains to be seen whether the identified proteins play a role in contributing to the intestinal damage in patients with celiac disease. Dr. Alaedini noted that, "Although we can't draw direct conclusions about the pathogenic effects of the proteins yet, these findings should prompt a closer look into their potential involvement in the inflammatory processes at work in celiac disease."

Cooked Meats - Counter (Meat) Market in the United States of America - Outlook to 2024...