Delta-8-THC is beating legalized cannabis to infused foods and beverages—but is it worth the risk?

It gets you high, it’s cheap, and the feds aren’t prosecuting it.

Despite growing state illegality and confusion over whether compromising a Schedule I controlled substance prohibited by the Comprehensive Drug Abuse Prevention and Control Act of 1970 (“Controlled Substance Act”), sales of foods and beverages infused with delta-8-THC are exploding, creating concerns regarding these untested and unregulated products’ safety and potency.

Although The Wall Street Journal reports that cannabis saw 2020 domestic sales exceed $20 billion, and despite being legal in 36 states, cannabis remains 100% federally illegal.

The Controlled Substance Act currently lists marijuana next to heroin as a Schedule I controlled substance having “a high potential for abuse” and for which there's “no currently accepted medical use in treatment” and “a lack of accepted safety for use” “under medical supervision” (21 U.S.C. §812(b)(1)). The Controlled Substance Act prohibits marijuana cultivation, distribution, dispensation, and possession, and pursuant to the U.S. Constitution's Supremacy Clause, state laws conflicting with federal law are generally preempted and void (U.S. Constitution, Art. VI, cl. 2; Wickard v. Filburn, 317 U.S. 111, 124 (1942)(“[N]o form of state activity can constitutionally thwart the regulatory power granted by the commerce clause to Congress”). 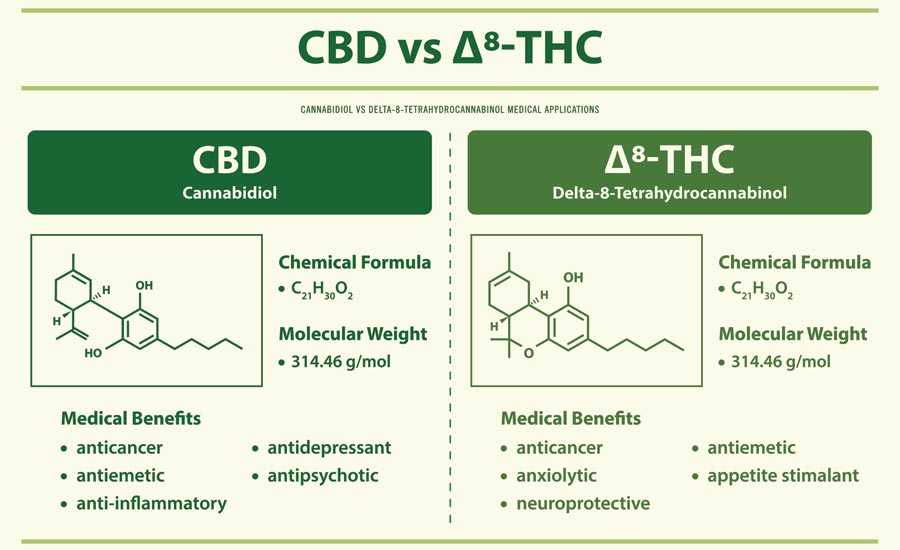 A fast-growing, sustainable, and inexpensively produced plant, hemp includes varieties of Cannabis sativa L. containing less than 0.3% of the plant chemical delta-9-THC (Agricultural Act of 2014, 7 U.S. Code §5940). Hemp yields more than 25,000 oil and fibrous products, including cannabidiol (CBD), which offers broad health and wellness uses, serves as a food additive, and is contained in many beauty items.

On December 20, 2018, the Agriculture Improvement Act of 2018 (“Farm Bill”) was enacted, legalizing hemp and its derivatives and removing Cannabis sativa L. containing no more than 0.3% delta-9-THC on a dry-weight basis from the Controlled Substances Act and Drug Enforcement Administration (DEA) purview.

The hemp market soared in 2019, with $641 million in domestic hemp-derived product sales (78% of which was CBD), 510,000 acres licensed to cultivate hemp across 34 states (a 455% increase over 2018), and hemp-derived cannabinoids like CBD were poised to storm the market.

Following massive overproduction, diminution of investment capital, and complications imposed by the COVID-19 virus, hemp and hemp-derived products experienced a drastic decline in price and profits, leaving hemp cultivators with a glut of unsold biomass, extract, and CBD in 2020.

A cannabinoid of the tetrahydrocannabinol “family” of compounds commonly derived from the cannabis plant, delta-8-THC is a double bond isomer of delta-9-THC, the federally illegal psychotropic-effect-producing cannabinoid sourced from cannabis. An isomer is a type of “chemical analog” comprising one of two or more compounds containing the identical number of atoms of the same elements but differing in structural arrangement and properties. There are thirty (30) known THC isomers, and delta-9-THC and delta-8-THC differ regarding the single double bond’s location. Stated another way, while similar in molecular structure, delta-8-THC is a different molecule than delta-9-THC.

Delta-8-THC is derived either directly from the hemp plant or converted from the CBD isolate.

Because hemp cultivars do not express delta-8-THC in sufficient concentrations or quantities to be economically viable to extract for commercial purposes, and CBD is cheap and abundant, deriving delta-8-THC by converting from CBD isolate is the faster, cheaper and more popular method.

Whether delta-8-THC is federally legal appears to hinge on whether it is derived directly from hemp or converted from CBD. Because the 2018 Farm Bill’s “hemp” definition encompasses “cannabinoids” and “derivatives” of hemp, hemp-derived delta-8-THC is probably not prohibited by the Controlled Substance Act, and delta-8-THC derived from CBD is probably also exempt (if not containing delta-9-THC concentrations exceeding the “0.3% by dry weight” legal limit).

First, because the Farm Bill’s “hemp” definition distinguishes it from federally illegal marijuana, hemp falls outside of the Controlled Substance Act, which, in turn, excludes “hemp, as defined in section 1639o of title 7”, from its “marihuana” definition (7 U.S.C. § 1639o(1); 21 USC §802(16)(B)). Further, because, under the Farm Bill, hemp-derived “cannabinoids,” “derivatives,” “extracts,” and “isomers” are themselves “hemp,” delta-8-THC comprises Farm Bill defined “hemp” beyond the Controlled Substance Act’s scope.

Second, while clear that delta-8-THC naturally expressed in the hemp plant is not a controlled substance, the legal status of delta-8-THC derived from CBD or another hemp-derived cannabinoid requires satisfying the Farm Bill’s broad “hemp derivative” definition. Stated another way, is a derivative of a derivative included in the Farm Bill’s hemp definition, or is it a “synthetic,” falling out of the Controlled Substance Act’s “safe harbor”?

A division of federal authority exists. The “Source Rule” (i.e., that the source of a cannabinoid determines its legal status) suggest the former. Conversely, the DEA’s internal “Scheduling Actions, Controlled Substances, Regulated Chemicals” document—the “Orange Book”—flatly lists “delta-8 THC” as a “Schedule 1 tetrahydrocannabinol” without any distinction as to “source.”

However, under the “Lex Specialis Doctrine” (i.e., that when two federal laws appear in conflict on an issue, and one is older and more general than the other, the more-recent and specific law controls), the more recent and specific Farm Bill would take precedence over the older and more generalized Controlled Substance Act, encompass delta-8 hemp in its “hemp” definition, and remove it from the DEA’s purview (In Re Lazarus, 478 F.3d 12; 1st Cir. January 9, 2007).

Following a sharp increase in adverse-event reports, both the Food and Drug Administration (FDA) and Centers for Disease Control and Prevention (CDC) issued respective “consumer updates” regarding “delta-8 THC containing products” on September 14, 2021.

Specifically, between December 2020 and July 2021, poison control centers and emergency rooms experienced an increase in care resulting from ingestion of delta-8 products, 18% of which required intensive care unit hospitalizations and 39% of which were related to people under 18.

• Have neither been evaluated nor approved, and safety concerns exist (including variability in product formulation/concentration and failure to apprise of products’ psychoactive properties and lack of approval for therapeutic or medical uses)

• Have been reported to cause vomiting, hallucinations, trouble standing, and loss of consciousness

• Are not suited for children or pets

First, is the delta-8-THC derived from cannabis (i.e., containing delta-9-THC concentrations exceeding the “0.3% by dry weight” legal limit) or hemp? Producing or selling delta-8 products without a permit to produce or sell THC violates the Controlled Substance Act and risks criminal and civil sanctions from the DEA, USDA, Federal Trade Commission (FTC), and state law enforcement and regulators.

Second, if not cannabis-sourced, is delta-8-THC derived directly from hemp or CBD, and what is the seller’s risk tolerance? While seemingly fairly settled that hemp-derived delta-8-THC falls outside of the Controlled Substance Act, questions remain whether CBD-derived delta-8-THC is allowable under the Farm Bill or impermissible as a “synthetic.” Further, unlike “fly-by-night” sellers, licensed cannabis and hemp growers, processers, and sellers are subject to, and face the wrath of, their respective regulators.

Third, in which state is the online or over-the-counter purchase and sale occurring, has that state prohibited delta-8-THC, and how robust are these respective enforcement efforts?

Fourth, even if not illegal, what risk management concerns exist and what tools are available to manage them? Tremendous safety, potency, and torts risks and exposure are imposed by selling an untested products in an unregulated market for which neither product certification nor insurance coverage is available.

How Cannabis Brands Can Protect Their Intellectual Property

Steve Schain, Esq., is admitted to practice in Pennsylvania and New Jersey and represents entities, governments, and individuals in litigation, regulation, compliance, loan drafting, licensing applications, and entity formation. He is an adjunct faculty member of Stockton University, where he teaches cannabis law. He also serves on county administrative committees charged with drafting and revising state and local cannabis-related regulations. You can reach him at schain@schainlawfirm.com.

How Cannabis Brands Can Protect Their Intellectual Property