This website requires certain cookies to work and uses other cookies to help you have the best experience. By visiting this website, certain cookies have already been set, which you may delete and block. By closing this message or continuing to use our site, you agree to the use of cookies. Visit our updated privacy and cookie policy to learn more.
Home » 3 Keys for Succeeding in the Cannabis Space from Keef Brands
Cannabis ProductsCannabis Food & Beverage CategoriesCannabis Industry NewsCannabis Beverages

3 Keys for Succeeding in the Cannabis Space from Keef Brands 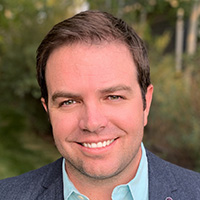 “If you ask any person who has been an operator in the cannabis space for more than three months, every single day is a combination of good, bad, and ugly,” he said.

Though there are many challenges, Tharp also pointed to the opportunity the cannabis industry presents — particularly in the beverage category — during Cannabis Products Exchange, held April 28-29 at the Hilton Denver City Center. Tharp said Keef Brands, co-founded by his childhood friend Erik Knutson, has experienced many ups and downs over the Colorado company’s 11-year history, but the team has learned much along the way.

“We have messed up just as many times, if not more, than any other cannabis company,” he said. “We’re still here, we’re still kicking, and we’re proud of the battle scars we have.”

Knutson launched Keef Brands after creating a batch of cannabis-infused Keef Cola and receiving a resounding response from his first tester, his 85-year-old grandmother, Dee. Since 2011, Keef Brands has brought its beverage products, alongside CO2-extracted oil for vape cartridges, to 11 markets, with more to follow this year.

In addition to its classic sodas, Keef Brands also offers low-sugar, low-calorie enhanced waters, as well as 12-oz. mocktails with 100 mg or 500 mg THC that can be dosed out or consumed in one sitting.

Tharp also offered three keys to succeeding in the cannabis space. First, companies and brands have to accept that it is unlike any other industry. With a background in tech startups, Tharp said that he, like many others coming in from traditional consumer packaged goods (CPG) or other industries, hold assumptions that will likely be proven untrue time and time again.

“Nothing is constant. Nothing is easy,” he said. “It was good, it was healthy for me to finally hear this. I wish I could’ve had a time machine, jump five years ahead and talk to me today when I was first coming in.”

Brand owners and manufacturers should also strive to control what they can, even if there are differences and fluctuations across markets. Tharp said standardizing operating procedures, equipment, and non-THC ingredients has helped Keef Brands expand across the U.S. and Canada.

“There are a lot of things outside of your control, but if you can dig in enough, you can find some similarities,” he said. “You can start to scale. You can do a bunch of really cool stuff.”

Lastly, cannabis companies must learn from their mistakes, as well as those made by other organizations and industries.

“We wear our mistakes like a badge of honor, but if you mess up doing the same thing over and over, you’re just doomed to fail,” he said. “A lot of companies in cannabis have made the same mistake over and over again.”

And while it’s easy to make mistakes in an ever-changing environment, Tharp said he keeps the positive possibilities in mind.

“This is a once-in-a-generation opportunity,” he said. “You’re on the front lines of one of the most highly publicized sectors that has a lot of growth in it. That doesn’t come along every day.”