Items Tagged with 'supplements from israel' 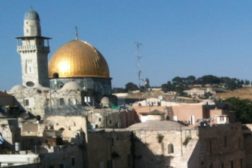 Welcome to Part Two of the report on my tour of Israel’s food, beverage and nutritional ingredient and supplement industries. In Part One, I wrote about the impressive achievements of the tiny island of Western-oriented progress in the Middle East that is Israel. When it comes to the manufacturing, research and development of foods, beverages, supplements and ingredients—Israel is on par with—and in some cases (such as food safety) even ahead of many such operations in North America. With a population less than half that of Greater New York City, and in an area about the size of Delaware, the Israelis have embraced progress as a second religion.