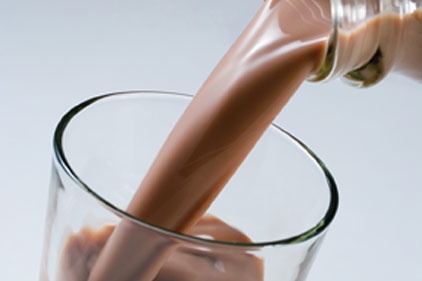 Sales of milk as a beverage have plummeted in recent years, to the point that more than half of U.S. adults no longer consume the product most closely identified with the nation’s dairy industry.

The Great Lakes region leads the nation in flavored milk consumption, but 2011’s total U.S. beverage milk sales registered around 6 billion gallons, the nation’s lowest level since 1984, according to the USDA. The agency found whole-milk beverage sales in 2011 stood at less than half their early 1980s levels.

“We have known there’s been a continuous decline in per-capita milk consumption for many years, going back even further than 1984,” said Vivien Godfrey, CEO of the Milk Processor Education Program, known for the “Got Milk?” and milk-mustache advertising campaigns. She attributes the decline to a shift in consumer habits and new beverage options—sports drinks and bottled teas and water among them.

Nevertheless, milk has some strong touch-points. Americans continue to turn to milk at the breakfast table, whether alone or with cereal, and chocolate milk is increasing its status as a sports-recovery drink, building on research finding milk’s carbohydrates, protein and sodium levels are ideal for rebuilding muscle.

In some respects, too, milk’s loss has been a gain for other segments of the dairy industry. The Wisconsin Milk Marketing Board notes yogurt consumption is up 400% from 30 years ago, and cheese consumption has risen, as well, though not to the point of yogurt. pf