This website requires certain cookies to work and uses other cookies to help you have the best experience. By visiting this website, certain cookies have already been set, which you may delete and block. By closing this message or continuing to use our site, you agree to the use of cookies. Visit our updated privacy and cookie policy to learn more.
Home » New Meat Products Address Snacking, Animal Welfare, Flavor and Plant-Based Demand
Meat, Poultry & Seafood
Retail State of the Industry | Meat, Poultry & Seafood

Perhaps it’s true when they say “everything old is new again.” It’s a funny play on words but think of “Home on the Range,” Kansas’ state song and a beloved oldie of the West. It mentions buffalo roaming and deer and antelope playing—all out there, on the range.

Let’s fast forward. It seems many supermarket shoppers want to know more about an animal’s origin, feed and growing conditions. Is it natural, organic and/or free of antibiotics and artificial hormones? And did that animal roam free on the range?

Meat, poultry and seafood companies recognize snacking has become the unofficial “fourth meal” occasion. Likewise, consumers remain interested in protein content. Put those two trends together and it’s clear why manufacturers have responded with a host of new offerings in every shape and size.

Not surprisingly, Link Snacks Inc., Minong, Wis., has been active across the jerky and meat bar segments. One of its latest offerings is Jack Link’s Zero Sugar Jerky with 100% lean-meat beef, more than 30g of protein in one bag and now available without added sugar. Also new are Jack Link’s Beef Steak Strips (two flavors), 100% beef bars with 8g of protein and 70 calories each. 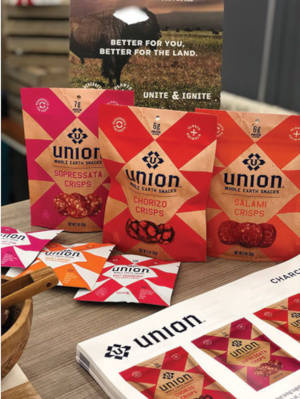 Whatever the occasion, it’s important to appeal to consumer interests in taste adventure and/or their need for a lifestyle “solution.” More new products demonstrate these attributes.

How about a fusion of two breakfast favorites: bacon and a Bloody Mary? Wellshire Farms, Swedesboro, N.J., did just that with a new Bloody Mary Flavored Dry Rubbed Uncured Bacon. Or how about a twist with another adult beverage: beer. Coleman Natural Foods LLC, Golden, Colo., introduced a Budweiser BBQ Collection of meats infused with real Budweiser Lager Beer taste.

Sometimes the best words on a label don’t involve a particular flavor—but say more about a product’s origin. Terms such as “natural,” “organic” and “grass-fed” are what appeal to shoppers. 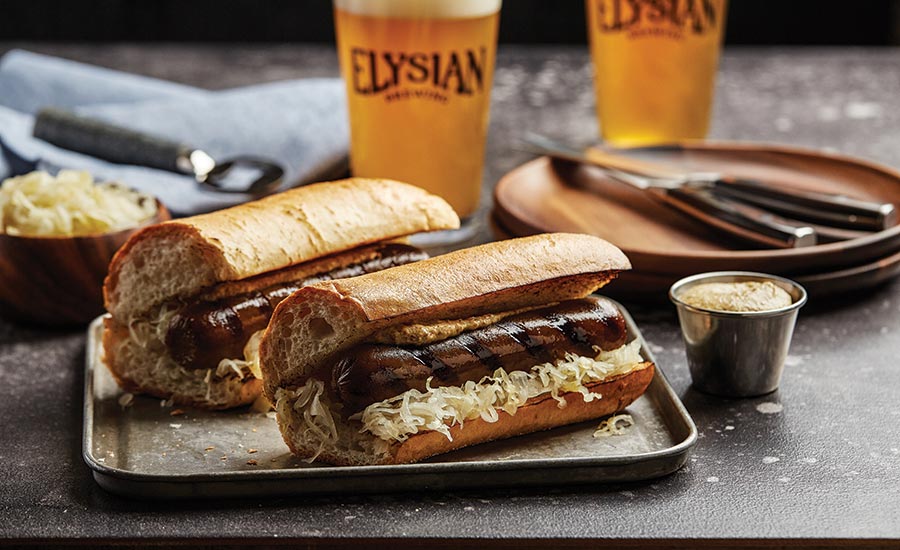 An interesting newer wrinkle on the better-for-you front indeed involves these “blended” items. One of the most interesting new items is a Burger Blend from grass-fed beef processor Teton Waters Ranch, Denver.

This March marked the launch of these Teton Waters Ranch Burger Blends frozen burger patties, which feature a blend of 100% grass-fed beef and savory mushrooms. The burgers debuted in three varieties: Sea Salt and Cracked Pepper, Mushroom and Onion and Southwest. Officials say all three have a “mindful mix” of 70% grass-fed and finished beef, along with 30% mushrooms. They are Whole30 approved and contain no nitrates or nitrites, no hormones or antibiotics, no additives and no gluten.

“We wanted to offer an easy and convenient burger that was 100% grass-fed and finished and ready to cook and eat in minutes—that did not exist,” said Mike Murray, CEO of Teton Waters Ranch. “Our Burger Blends are ideal for the growing number of consumers who are looking to incorporate more plant-based nutrition into their diet, but do not want to give up high-quality meat. The simple recipe of clean beef, mushrooms and spices creates a fantastic solution for those pursuing a more flexitarian lifestyle.”

Of course, consumers looking closely in the meat case will find that several new offerings don’t even contain meat. These include new beef replacements from Beyond Meat, Greenleaf Foods, and Lightlife Foods. There even are plant-based seafood entries, including new products from Loma Linda Foods and Good Catch.

An industry leader, Beyond Meat, El Segundo, Calif., first entered retail meat cases in 2016 with its Beyond Burger plant-based hamburger patty. That was followed by Beyond Sausage and Beyond Beef Crumbles. This March the company returned with Beyond Beef, a substitute to ground beef; and in June, it launched a meatier Beyond Burger.

Originally appeared in the July, 2019 issue of Prepared Foods as Home on the Free Range.