Non-Alcoholic Cannabis Beers Offer the Best of Both Worlds

Compared to some other cannabis-infused food and beverage categories in the U.S., the market for nonalcoholic (NA) beers infused with cannabis or hemp is still in its nascent stages of growth.

While there’s no shortage of cannabis-infused beverages on the dispensary and mainstream retail market, infused beers—an area that poses a higher level of complexity compared to some other product formats—comprise a small segment. However, this area of alcohol-alternative product development shows tremendous potential.

Outbound Brewing, San Diego, has developed a line of bottled NA beers infused with broad-spectrum hemp extract in Blood Orange Haze, Pale Haze, and Grapefruit Haze varieties. Marty Reed, CEO, notes the brewery is waiting until the industry has received clear regulatory guidance regarding use of cannabidiol (CBD) in foods and beverages before launching the products into the market.

Once the regulatory side of the hemp-derived CBD market opens up—either at the state level in California or nationally, whichever comes first—Reed expects to see instant demand from mainstream breweries and beer distributors. He has product poised and ready for the market.

Assembly Bill 45 (AB-45) is currently under analysis by the California State Legislature. The bill would effectively implement a temporary avenue toward sale of hemp-derived, CBD-infused ingestible products like beverages. The bill addresses key safety and quality issues, including requirements for following good manufacturing practices (GMPs) during production. However, any federal regulation along these lines would supersede state laws.

“We think California or another state will do it before the FDA,” says Reed. “They’re just smaller and can move quicker, relatively speaking, than the federal government.” 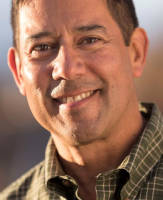 Villa has a long history in beer. He created Blue Moon Brewing Co. during his 32-year career as a brewmaster at MillerCoors. His cloudy, unfiltered Belgian-style beer, first brewed at the 10-barrel Sandlot Brewery inside Denver’s Coors Field, would go on to become the No. 1 craft beer in America.

Villa recently provided keen perspective on this market during our Cannabis Products Exchange (CPX) event, CPX21, a virtual event held April 27–28 and now available on-demand (CPX22 is planned as an in-person in Denver on April 28–29, 2022).

“One encouraging sign is the response to THC-infused beverages in Canada,” says Villa. “Under the Canadian Cannabis 2.0 program, cannabis-infused edibles and drinkables were introduced in late 2019.  It really sparked a lot of interest north of the border for companies to enter that market with THC-infused beverages. Numerous sources are reporting the accelerated growth of cannabis beverage sales in the last year, which is an indication that drinkables as a form of cannabis consumption is increasing in popularity among Canadian consumers and will be similarly popular here in the States.”

Technology is a key catalyst in producing exceptional craft NA cannabis beers. “As time progresses, new technologies become available to allow brewers to create completely alcohol-free products,” says Villa. “In the case of CERIA Brewing, we use a proprietary de-alcoholization process that removes 99.999% of the alcohol in our NA beers. We found that achieving 0.0% ABV is possible without affecting its taste or quality. In the case of CERIA Grainwave and Indiewave NA craft beers, the body, the foam on top, the entire experience is the same as a traditional beer, but with none of the drawbacks of alcohol.”

When it comes to cannabis-infused beer, you want to be as close to 0.0% ABV as possible to comply with regulations requiring alcohol not to exceed 0.5% ABV, notes Villa. “By achieving total compliance, we avoid the possibility of any adverse interactions between alcohol and cannabis.”

Based on the success of its Indiewave IPA, CERIA is now developing a CBD-only NA craft beer. “CBD-infused, non-alcoholic beer has numerous health-and-wellness benefits,” says Villa. “Consumers can avoid alcohol and rely on CBD for its non-psychoactive sedative effects. Some consumers report it even helps them sleep.”

The mainstream U.S. market holds dramatic appeal. “We believe the potential for CBD-infused, non-alcoholic craft beer is larger than THC-infused NA craft beer,” says Villa. “When it comes down to it, more people are attracted to CBD today than THC. Drivers of CBD’s popularity include consumers’ beliefs that it works and has healing power to solve their health-and-wellness needs and issues—specifically, CBD’s therapeutic benefits, as well as its anti-inflammatory, anti-aging, and antioxidant properties.”

What does it take for sustained success in this market? “It has to taste great, come from a brand consumers trust, and be supported by exceptional marketing, including social media exposure, word-of-mouth testimonials, and support by retailers,” says Villa. “In states where it’s legal, CBD-infused non-alcoholic craft beer also benefits from a wider range of retail outlets, including licensed dispensaries, as well as liquor stores, grocery stores, and big box retailers.”

Craft NA beers infused with hemp or cannabis ingredients draw a dynamic, progressively emerging shopper demographic. “We’re finding our sweet spot is adults who practice moderation, especially in their social interactions with others,” says Villa. “Our products are microdosed so people can consume in moderation, consume responsibly, and socialize. If a consumer is looking to get high, there are other, more-effective, faster ways to achieve that goal. CERIA is the best of both worlds—a great-tasting beer with the mild, pleasurable effects of cannabis.”