This website requires certain cookies to work and uses other cookies to help you have the best experience. By visiting this website, certain cookies have already been set, which you may delete and block. By closing this message or continuing to use our site, you agree to the use of cookies. Visit our updated privacy and cookie policy to learn more.
Home » Cann Microdosed Seltzers: Pushing for a 'Cann-sformation'
Cannabis ProductsCannabis Food & Beverage CategoriesCannabis BusinessCannabis BeveragesEntering the Cannabis Market
CANNABIS PRODUCTS | AUGUST 2022

Founded in 2019, Cann aims to transform how consumers socialize with its microdosed cannabis seltzers.

Bullock, who grew up in Colorado and had a front-row seat to the state’s adult-use legalization process, felt at the time dispensaries didn’t have products that spoke to him, between sugary confectionery edibles and smokables that require combustion and inhalation.

“The whole thing planted a seed in my head,” he said. “And then, when I got to business school in California, it was right when California passed the adult-use act, and that was a sign for me. I always wanted to start a company, and I had been thinking through what that would look like.” 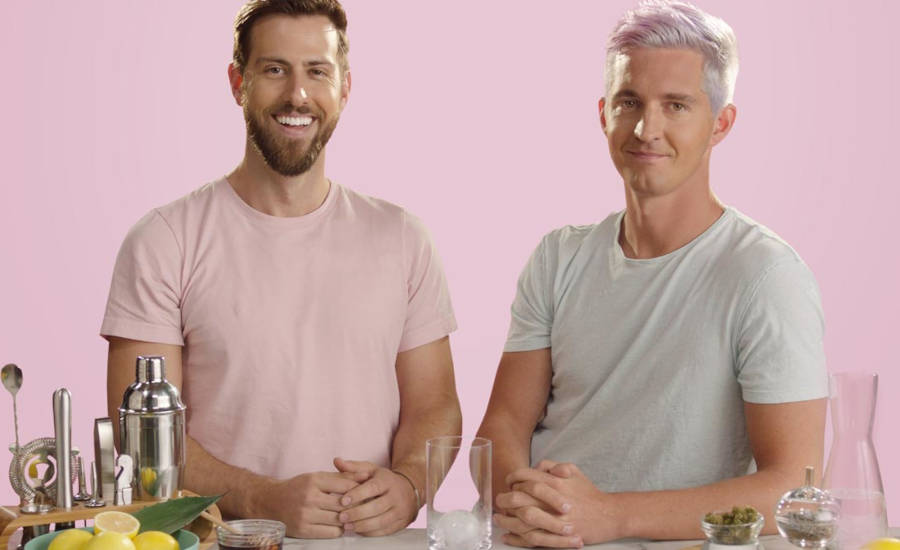 The business partners turned toward beverages, which have a long history of being enjoyed during social occasions.

“We were truly alcohol drinkers when we thought about socializing,” Bullock said. “Cannabis was something different. Could you tap into the potential for what we loved about alcohol — maybe loved too much and probably ended up over-indexing on alcohol consumption at various points in our lives. As we got older and our hangovers started getting worse, we thought ‘this can't be it.’ Could you tap into this exciting, evolving industry and create a social product?” 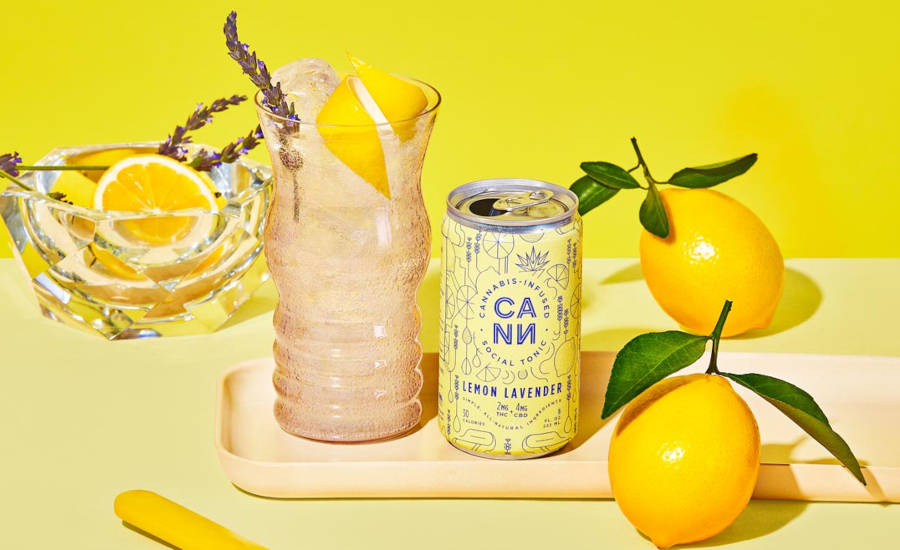 Bullock and Anderson launched Cann in 2019 with the goal of leveraging the power of cannabis to revolutionize how people socialize. By using natural, premium ingredients — and with the backing of celebrities and other cultural icons — Cann aims to take on alcohol, and ultimately, expand its reach across the U.S. and Canada.

In the early stages of Cann’s development, Bullock and Anderson learned that some people — leery after past experiences — feared overconsuming cannabis, so much so that they’d only bite the head off a gummy bear or break a single chocolate square into pieces.

Bullock and Anderson sought to change that mindset, especially if they wanted consumers to finish a whole Cann and perhaps drink two or three of them.

“We're trying to create a product that was approachable, that people didn't get too high from,” Bullock said. “We're interested in the other part — the getting a little bit buzzed from the cannabis more than getting high, anxious, paranoid — all the things that people have experienced in really intense THC experiences.”

Using forced carbonation kegs in Bullock’s garage, they created beverage prototypes that they packed in brown glass bottles for people to try. Bullock said they handed out six-packs and survey questions to get initial feedback.

During this time, Bullock said they had to overcome a learning curve for the science of beverage development, particularly around incorporating cannabis into the formulation. 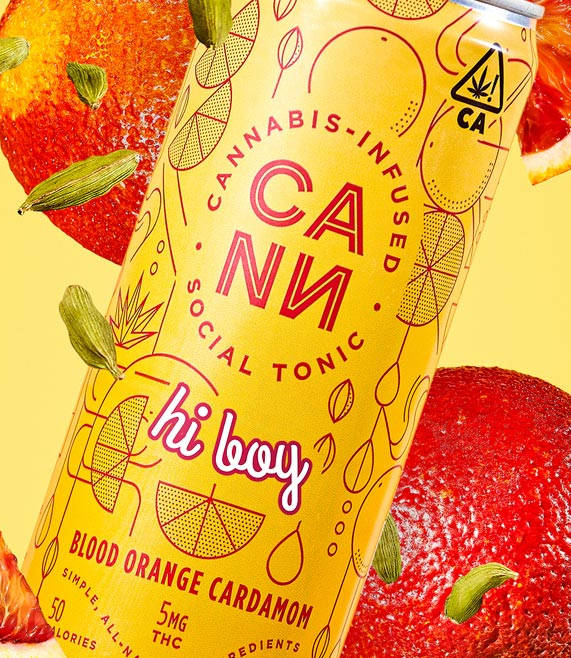 “We had to do a lot of science,” he said. “In the first six months of business, we were solving this really big challenge. How do you do that in a smart way? It took a year from when we really started working on this to when we launched, and a large part of that was the challenges with beverage.”

When it comes to flavor development, Bullock said he and Anderson seek to “design for an n of 1,” meaning they experiment with flavor combinations they enjoy and then try to commercialize it, versus “designing by committee,” and creating something with a mass market feel.

Bullock said they aim to take an approachable fruit flavor, such as lemon, and pair it with a flavor that’s more adventurous and savory, such as lavender.

“There were a lot of products out there in the beverage side, both in cannabis and out of cannabis, that were doing standard flavor stuff, and we wanted to do something really unique,” Bullock said. “We wanted to put a stick in the ground that Cann, this new category of microdosed cannabis beverages, was going to be innovative in and of itself.” 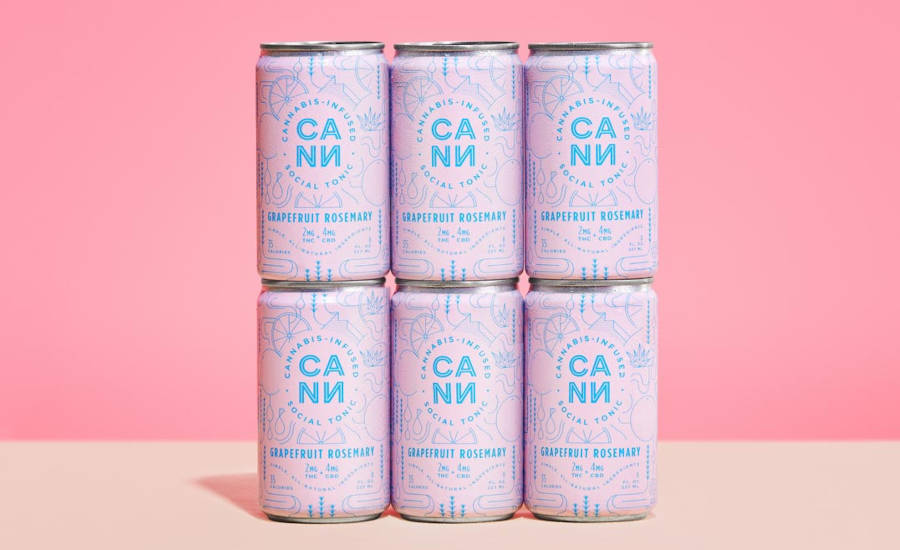 Bullock and Anderson committed to using premium ingredients, such as agave nectar and Sicilian lemon juice, to achieve a high quality product. However, it also creates a challenge to source such ingredients.

“It often means that products that we love, formulations we have that are amazing in the kitchen, we've never launched because we can't figure out how to get that same quality in industrial-grade ingredients,” Bullock said. “And so that's one of the downsides of the approach. The cost is also another big one. It’s a little more expensive to do it. The way we manage that is we sort of lean into it. We tell a story around it. We let consumers know that what they're getting is the best, where it comes from in the world, and why it's better.”

In addition to Lemon Lavender, Cann is offered in the core flavors of Blood Orange Cardamom, and Grapefruit Rosemary, with seasonal flavors of Ginger Lemongrass, Pineapple Jalapeño and Cranberry Sage. Available in California, Nevada, Arizona, Illinois and Massachusetts, as well as British Columbia and Ontario, each 8-oz. can features 2 mg THC and 4 mg CBD. Cann also offers 12-oz. Hi Boys with 5 mg THC.

“We wanted something that was even lower (in calories) and only sweetened by natural juices  — no added sugar,” Bullock said. “That was a really important part of the strategy, and there are a lot of folks that, for various reasons, are watching that added sugar.”

Bullock says the quality of the product and the company’s goal to remove any stigma around cannabis — along with its founding in the entertainment capital of Los Angeles — helped open doors to build those relationships.

“They have had to be very conscious about what they put in their bodies,” Bullock said. “They've also, with the amount of success, wealth, and fame, have either known people or they themselves have had challenges with alcohol. So the idea of cannabis really taking a new role in socializing is a super positive thing that is naturally appealing.” 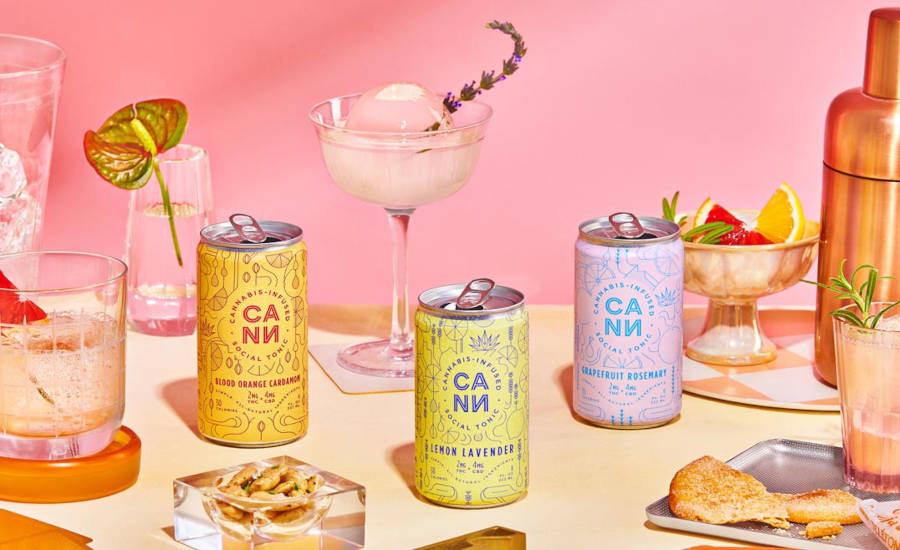 In August 2021, Cann collaborated with Swedish singer and investor Tove Lo, along with Sweet Flower and Airfield Supply Co., to introduce Passion Peach Mate, a caffeinated beverage with 5 mg THC.

This year, Cann partnered with actor and investor Adam Devine and Eaze to introduce Blue Rhuberry, featuring rhubarb, raspberry, and blue butterfly pea tea. The product was available with 5 mg THC, as well as in an uninfused or “unspiked” variety.

The song was written by singer, songwriter and record producer Leland, while the music video was produced by music video production company London Alley and directed by Jake Wilson. Spearheaded by Cann co-founder Luke Anderson, the work aims to celebrate inclusivity and queer joy, Bullock said.

“From top to bottom, we were engaging queer stakeholders on everything and really making it a celebration,” he said. “When you do that, that's when magical things happen.”

As for the future, Bullock notes Cann is looking toward New York, New Jersey, and Connecticut as adult use rolls out in those markets. In the meantime, they’re considering how to drive the industry forward, especially in the face of global economic challenges.

“These are not the easiest times, and we really believe that it's the next wave of products that will help this industry attract new consumers,” Bullock said. “We've done a really good job of getting legalization through in a lot of markets. We've sold a lot of cannabis to a lot of consumers. That's great. Now, how do we make the industry bigger? How do we make it feel more inclusive? How do we get that person that is walking down the street planning on drinking alcohol tonight to try cannabis products instead? We believe it requires products like our microdose beverages that are thinking about brand and thinking about inclusivity the right way. If we can do that, we might just be able to save this industry and get it back on the right track.”