Sodium remains firmly on the radar of health advocates. In January, the American Heart Association (AHA) issued what it termed a “call to action for the public, health professionals, the food industry and the government to intensify efforts to reduce the amount of sodium (salt) Americans consume daily.”

The advisory, published in Circulation: Journal of the American Heart Association, reiterated the recommendations for the general population: 1,500mg of sodium per day. This level, the notice added, is because “of the harmful effects of sodium--elevated blood pressure and increased risk of stroke, heart attacks and kidney disease.” Currently, Americans consume more than twice the recommended upper limit (1,500mg) daily, “with 77% of that consumption coming from packaged, processed and restaurant foods,” the advisory continued. “Even a modest decline in intake--say 400mg per day--would produce benefits that are substantial and warrant implementation,” opined the advisory authors.

Issued shortly after this advisory, the 2010 Dietary Guidelines for Americans were a bit less restrictive than the AHA recommendations. As Steven Steinborn, legal counsel for a number of food and dietary supplement companies, noted in the February 7, 2011, issue of E-dition, the Guidelines advise, “Daily sodium intake should be reduced to less than 2,300mg, which is a 100mg per day reduction from the current daily value of 2,400mg.” Notably, this recommendation is more flexible than the 1,500mg daily limit for all Americans recommended by the Advisory Committee. The Guidelines advise that sodium intake should be reduced to 1,500mg among persons who are 51 and older, African- American, or have hypertension, diabetes or chronic kidney disease. The 1,500mg recommendation applies to about half of the U.S. population, including children and the majority of adults. pf 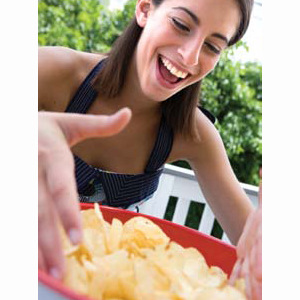