A white sorghum syrup has been developed for gluten-free beer but holds potential in other areas, as well. 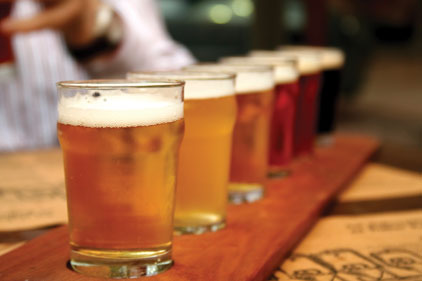 Briess Malt & Ingredients featured three styles of label-friendly natural sweeteners at 2013 Natural Products Expo West. In addition to adding simple, descriptive names to a label, Briess Malt Extracts, Tapioca Syrups and White Sorghum Syrups are domestically produced for that “Made in the U.S.A.” appeal. Briess’ gluten-free, pure White Sorghum Syrup was originally developed for gluten-free beer. Produced from the grain—and not the cane—of the sorghum plant, it mimics the flavor and functionality of malt extract and is being successfully used in gluten-free beer. Because it browns like malt extract, it also enhances the color of gluten-free foods, such as corn flakes, puffed rice and bread. It also is a gluten-free option for sweetening sauces, prepared foods and more.