A host of new snack introductions could be found at the 2013 Sweets & Snacks Expo. 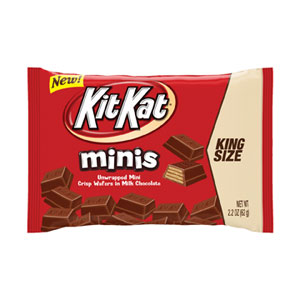 Inspired by founder Milton Hershey’s belief that the company should “do well by doing good in society,” The Hershey Co. has reported “substantial progress” on a range of sustainability programs and new initiatives.
The company has announced it is on track to meet or exceed all of its 2015 sustainability targets, including zero waste to landfill goals and to use 100%-certified, sustainable palm oil. It also has pledged to source 100% third-party-certified cocoa for all of its chocolate products worldwide by 2020, with 10% third-party certification by the end of 2013 and 40-50% by the end of 2016.
Hershey also announced an addition to its chocolate portfolio with the launch of three varieties of Hershey’s Spreads (Chocolate, Chocolate with Almond and Chocolate with Hazelnut) in December 2013, as well as the already-launched Kit Kat Minis (bite-sized versions of the milk chocolate-and-wafer treats). The winter holidays will also see the launch of Hershey’s Candy Cane Bars: mint candy with red candy bits.
Hershey likewise has plans for its Jolly Rancher and Twizzlers brands, both following in the path of a number of products on display at this year’s Sweets & Snacks Expo, with bite-sized, unwrapped versions. Designed for “convenient, mess-free snacking on the go,” the candies can be found in three varieties: Jolly Rancher Soft Chewy Bites, Jolly Rancher Sours Chewy Bites and Twizzlers Filled Fruity Bites. 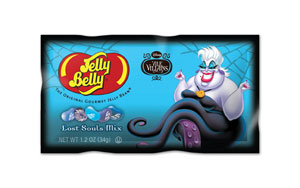 The Jolly Rancher brand also will be behind a caramel apple-flavored lollipop in time for Halloween, promising caramel apple-flavored lollipops swirled with green apple and caramel flavors. Apple is also in the plans for a Halloween offering from Jelly Belly, though the bigger selling point may be the brand it licenses.
Jelly Belly Candy Co. will celebrate classic Disney villains with themed jelly bean bags. The assortment includes:
KEYWORDS: chocolate convenience fellows