Firmenich says blackberry, the subtly sophisticated, bite-sized beauty, is the “Flavor of the Year” for 2014. 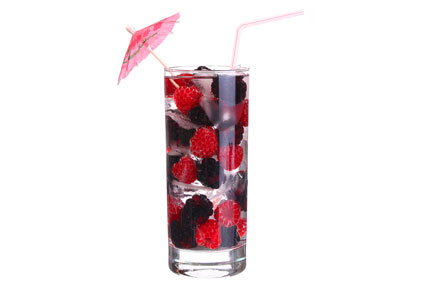 Firmenich, Princeton, N.J., says blackberry, the subtly sophisticated, bite-sized beauty, is the “Flavor of the Year” for 2014.

Officials say blackberry has been gaining popularity as health and nutrition have become a top priority for consumers. A member of “Super foods” family, the blackberry is rich in antioxidants and other powerful nutrients. Its flavor profile is just as powerful and its complexity drives appeal.

Berry flavors have always been popular, yet recently consumers are even more attracted to the interesting profile of Blackberry. Firmenich says this reflects a more general consumer desire to explore and to push the boundaries within the safety of familiar concepts. Similar to lime, last year’s “Flavor of the Year,” this year’s tastebud-bursting blackberry stands out within its fruity family. It has a unique, intriguing profile that consumers continue can relate to in a world where being unique is something to celebrate.

“Consumers are becoming highly discerning in their preferences, opting for more and more complexity in flavor profiles. This has caused a natural evolution towards profiles such as blackberry,” says Hidemi Tashiro, a Master Flavorist at Firmenich.

“According to AromaSphere, our proprietary tool to categorize the consumer language of flavor, the words that describe the profile of blackberry indicate the complexity of the flavor profile: ripe, sweet, acidic, juicy, seedy, jammy, spicy, and even floral at low levels,” he says.

Firmenich believes that Millennials are helping to drive this trend towards blackberry. They are a group of consumers who—despite knowing exactly what they want—also are drawn to adventure. Blackberry, with its delicate nuances, has the ability to surprise the palate with every bite.

Yet this trend goes beyond the world of retail and into restaurants as well. Firmenich cites menu items such as roasted rack of wild boar with a blackberry, sage and balsamic reduction; sweet potato quinoa cakes with blackberry salsa; and blackberry and fennel pizza as menu items recently spotted by their trend watchers around the world.

Because Blackberry is so versatile, the company is seeing it married with other spices and fruits.

“Blackberry is such a fun flavor to work with,” says Master Flavorist Robin Trumm. “It pairs well with many other flavors including black pepper, apricot, champagne, citrus, plums, Port, and ginger, just to a name a few.”

The company predicts blackberry products will continue to increase and is currently developing beverage concepts such as blackberry ginger tea. In sweet goods, blackberry will now be included in the company’s Haute Couture line of cereal flavors, which combines ancient grains and berries. Giving a nod to those indulgent cravings consumers have, there is also a blackberry flavor-filled donut cereal bar in the works. Within the savory segment, applications such as honey blackberry salad dressing and ginger blackberry mustard glaze are in development, and will soon be ready to take to customers worldwide.