This website requires certain cookies to work and uses other cookies to help you have the best experience. By visiting this website, certain cookies have already been set, which you may delete and block. By closing this message or continuing to use our site, you agree to the use of cookies. Visit our updated privacy and cookie policy to learn more.
Home » Slow-release Genistein, Lycopene and Vitamin D
Better for YouBone, Joint & Cosmetic HealthWomen, Men, Kids 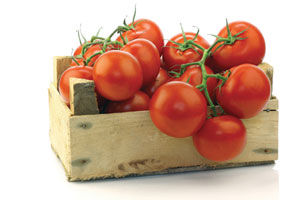 LycoRed, Israel, launches Lyc-O-Fem, the first of its new line of innovative products combining slow-release technology with genistein, tomato lycopene and an effective dose of vitamin D3. The new bone-health ingredient is a slow-release formulation that also provides a natural approach to alleviate menopause symptoms. All three ingredients are clinically proven nutrients to support bone health. The genistein in Lyc-O-Fem is a phytoestrogen derived from Sophora japonica, the Japanese pagoda tree, standardized to 98% purity and specially formulated for slow release. The compound has been shown in research studies to support bone health and reduce vasomotor symptoms. Studies back the positive effect of genistein on bone metabolism in post-menopausal women, without the harmful estrogenic activity. But, genistein is rapidly metabolized, requiring a twice-daily administration of the supplement.
The slow-release technology in LycoRed’s preparation provides a continuous exposure, allowing once-a-day supplementation. The lycopene in Lyc-o-fem is a bright-red carotenoid pigment from an all-natural extract of tomatoes. To develop a strain of non-genetically modified tomatoes rich in lycopene—up to four times the amount found in regular tomatoes—conventional cross-breeding methods were used, and a proprietary method for extracting the tomato lycopene from these tomatoes was developed to allow for clean-label applications. Lyc-O-Fem is available as a drum-to-hopper pre-mix, in hard-shell capsules or, as a bulk or fully packed product.
—LycoRed Ltd., www.lycored.com

A Trend in Vitamin D