This website requires certain cookies to work and uses other cookies to help you have the best experience. By visiting this website, certain cookies have already been set, which you may delete and block. By closing this message or continuing to use our site, you agree to the use of cookies. Visit our updated privacy and cookie policy to learn more.
Home » A Survey of Plant-Based Meat & Dairy Products Entering the Market in July 2021
DairyMeat, Poultry & SeafoodPlant Based & Vegetarian
HITTING THE SHELVES

“Delivering on the juicy taste of a classic ballpark-style frank, Sweet Earth Vegan Jumbo Hot Dogs are 23% bigger than top competitors' products and have a satisfying snap,” the company says. The hot dogs feature a pea and potato protein base.

Officials say the Sweet Earth Awesome Burger 2.0 is first plant-based burger using a mix of hemp and protein from fava beans in addition to pea protein as its base.

"The Sweet Earth Awesome Burger saw incredible success at its launch in 2019, but at Sweet Earth Foods we're constantly asking ourselves and our customers how we can make our plant-based proteins tastier, more craveable and more like traditional animal-based proteins" says Ryan Riddle, senior product development specialist with Nestlé and Sweet Earth. "Over the last year we have continued our product development, listened to consumer feedback, and made the Awesome Burger 2.0 even juicier with a beefier flavor and meatier texture."

Best of Both Worlds 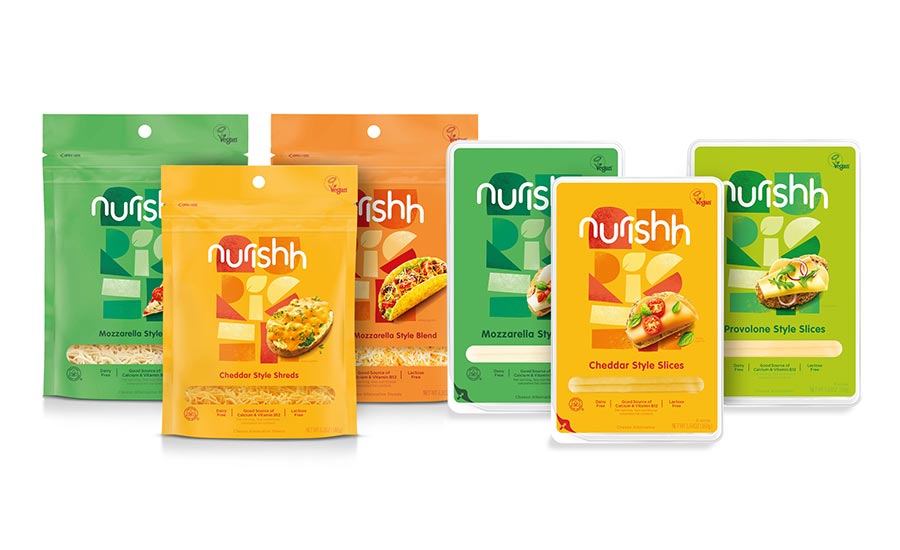 Today’s households have all kinds of different diets and food preferences – from lactose-intolerant to vegan, and everything in between – which can make planning meals to please everyone's taste buds a bit tricky. That's why Bel Brands USA, Chicago, says it developed Nurishh. It establishes Bel among the first traditional cheese companies to add plant-based cheeses to its product portfolio.

"Food plays a big role in cultivating happy and healthy moments, because the simple act of sharing a meal holds the power of bringing families together," said Florian Decaux, plant-based acceleration director for Bel. "Nurishh can help you create dishes that bring everyone to the table – like a perfectly melted grilled cheese or a delicious cheesy pizza."

Decaux says Bel applied its French cheese-making expertise to strike the balance of cheesy taste, meltability and comfort—all in a plant-based product. Certified plant-based and lactose-free, Nurishh serves up a good source of calcium and vitamin B12 and contains no artificial colors or flavors. Nurishh is available in six delicious varieties: Cheddar, Mozzarella and Provolone Style Slices; and Cheddar, Mozzarella Style Shreds; and a Cheddar & Mozzarella Style Blend. 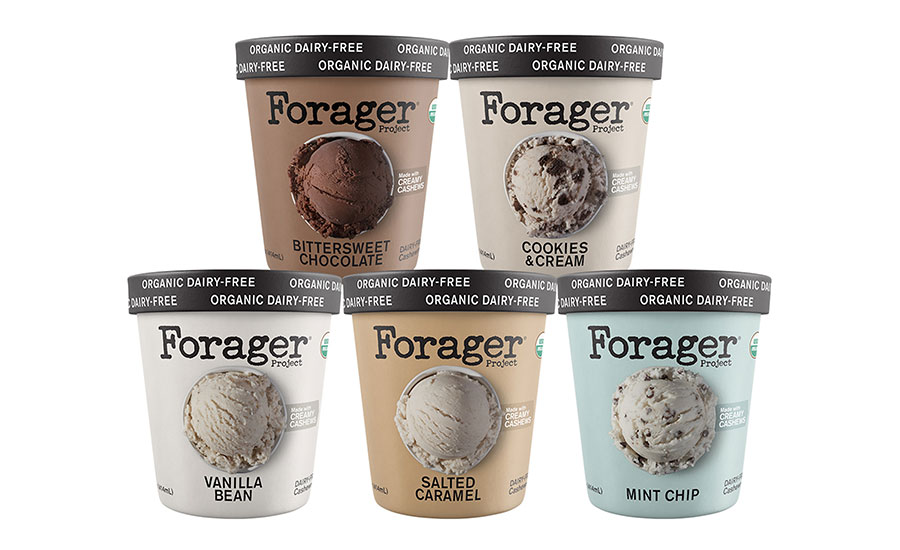 "Our expansion into dairy-free ice cream is another step toward achieving our goal to make delicious, organic, plant-based food that leaves people amazed," said Forager Project Co-Founder and CEO Stephen Williamson. "With our hero ingredient, organic cashews, we've created our ice creams to give consumers a delicious dairy-free treat that's full of flavor and taste and free of pesticides, chemicals and GMOs." 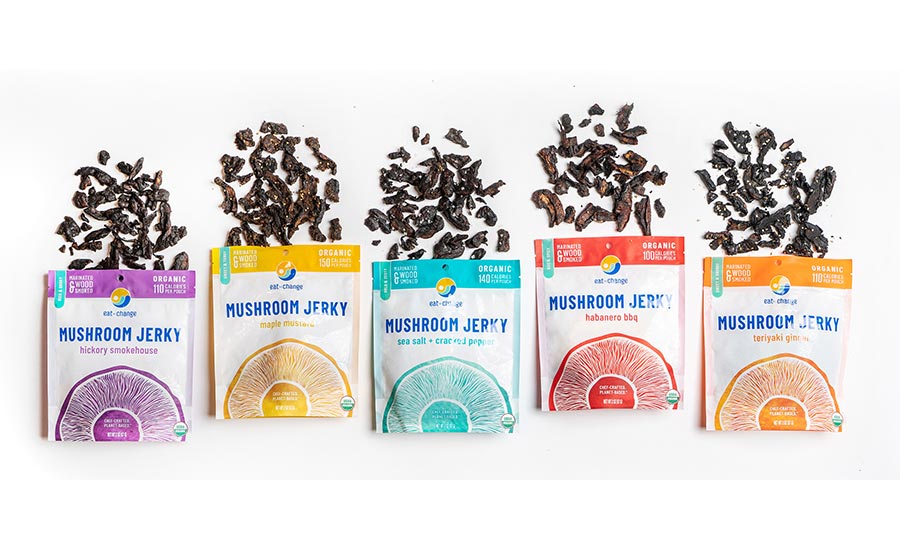 Officials say each bag of mushroom jerky starts with organic portobello and crimini mushrooms sourced from a family farm in Kennett Square, Pa. Ingredients include bruised, oversized and usually discarded stems that would not normally make it to the retail shelf. Mushrooms then are marinated in a savory spice blend and smoked using fallen hickory branches to mimic the deep, smoky flavors of traditional meat jerky, while also ensuring a 12-month shelf life.

Eat the Change is the brainchild of Seth Goldman, founder of Honest Tea and chair of the board at Beyond Meat; and chef and renowned restaurateur Spike Mendelsohn. Eat the Change’s Organic Mushroom Jerky adheres to the company’s five planet-based commitments. The product is 100% plant and fungi based; USDA certified organic; supports biodiversity (avoiding big crops); made from upcycled imperfect produce; and packaged in recyclable materials. 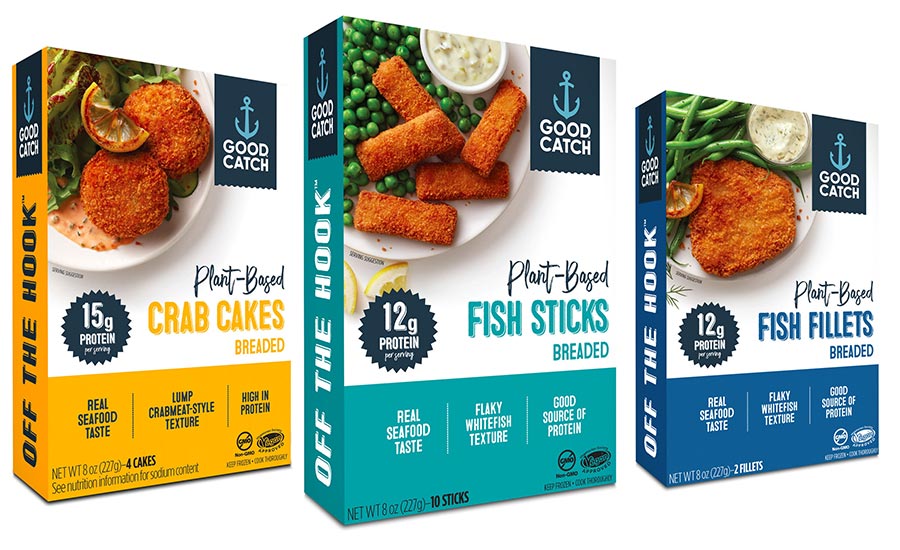 "These products are game-changers for the industry," said Chad Sarno, co-founder and chief culinary officer. "Consumers have become more aware of the environmental impact of eating seafood and we're proud to be a delicious, culinary-driven solution. We're pushing culinary boundaries every day to deliver the taste and texture consumers expect from seafood. This product line has surpassed our expectations and we are incredibly proud."