This website requires certain cookies to work and uses other cookies to help you have the best experience. By visiting this website, certain cookies have already been set, which you may delete and block. By closing this message or continuing to use our site, you agree to the use of cookies. Visit our updated privacy and cookie policy to learn more.
Home » Trending Spicy Sauces Add Interest to Comfort Foods Consumers Crave
FoodserviceSauces & MarinadesFlavors, Seasonings & Spices
ON THE NATIONAL MENU

Bring the Heat: According to Datassential, spicy ingredients are trending across categories

Trending spicy sauces add interest to the comfort foods consumers crave. Nashville hot flavor is a key example. It has blasted off on menus with fried chicken pairings and has more than quadrupled in menu penetration in the last four years. Mango habanero (up 101%), is another trending chicken-friendly flavor and it enhances chicken wings as well as tacos and sandwiches. 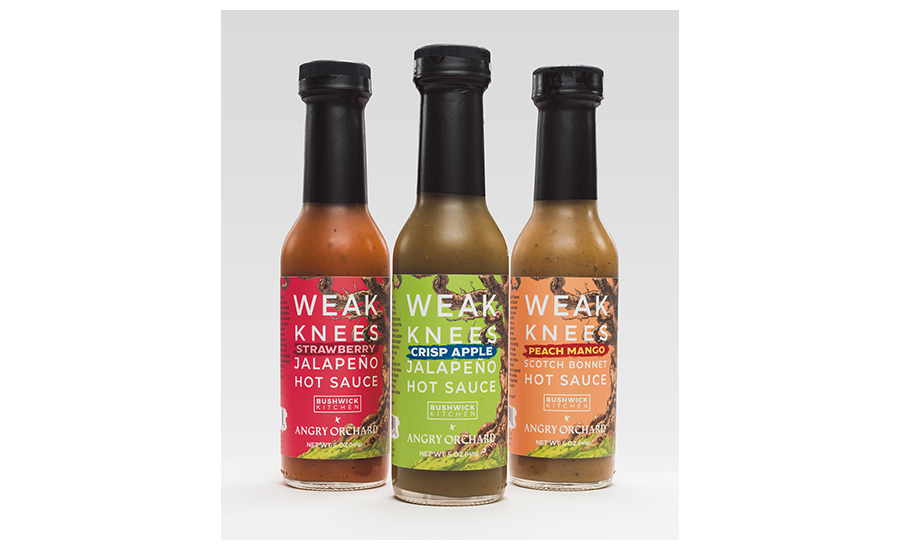 This September saw hot sauce specialist Bushwick Kitchen partner with hard cider maker Angry Orchard to create a Weak Knees Peach Mango Scotch Bonnet Hot Sauce. Other new Weak Knees sauces combine jalapeno with fruit—including one variety with “crisp” apple and another with strawberry. This showcases broader possibilities for infusing fruit flavors with heat for consumers to use on favorite foods including chicken, pizza, and mac and cheese.

On menus, jalapeno flavors have been trending upward during the last four years: pickled jalapeno (up 43%), jalapeno cheddar (up 27%), and jalapeno ranch (up 17%) all persisted on menus during a challenging year. Jalapeno salsa (with a smaller 7% four-year growth), grew exponentially and increased menu penetration 11% during the past year.

Comeback sauce (up 84%), a mayonnaise-and-hot-sauce combination of Southern origin, can be a milder way to add a little heat to burgers and fried fare. This year saw O’Charley’s introduce a limited-time Smokehouse Combo Appetizer deal that paired smoked sausage, fried jack cheese wedges, and fried pickles with both ranch dressing and Comeback sauce for dipping.

With so many spicy varieties of aioli growing in the last four years (chipotle aioli, sriracha aioli, and jalapeno aioli), earlier-trend-stage Comeback sauce has plenty of additional runway for menus and product innovation. 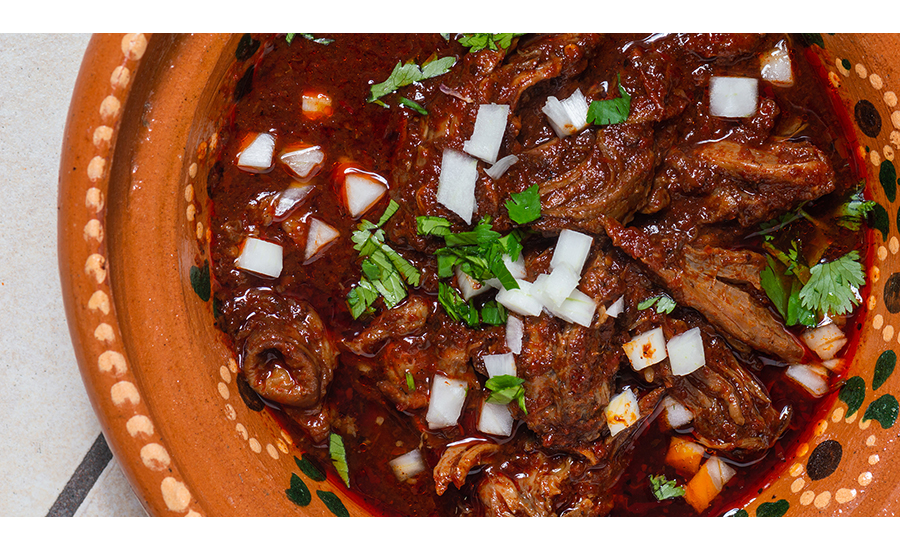 Global dishes with a range of spice levels—from just a touch of heat, to sweet-and-spicy to full-fledged spicy—all have grown despite the pandemic. Spicy Mexican Birria, a meat stew with chili pepper and adobo, has grown by 66% on menus in the last four years. Restaurant operators tend to offer this as a taco or quesadilla filling, bringing interest to those well-loved handheld formats.

With heat from szechuan peppers and chili paste, Mapo Tofu (up 113%) is a Chinese dish that can be made plant-based, though traditionally includes minced meat. While typically menued as the dish itself, Mapo Tofu has been applied as a poutine flavor (like at DC-based independent operator Haikan) or as a nacho topping (like at Boston-based Double Chin) in the past, highlighting its potential for creative mash-ups. 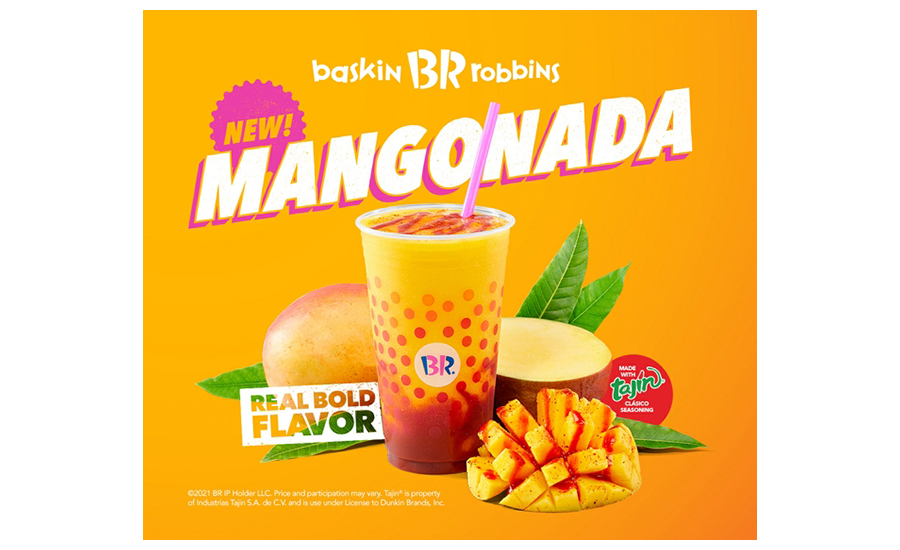 Gobi Manchurian, with a hot, tangy, and sweet flavor profile, is an Indo-Chinese cauliflower dish that has nearly tripled (up 181%) on menus during the last four years. While the flavor is available with proteins like chicken and fish, the classic preparation overlaps with plant-based and cauliflower trends. Manchurian sauce can be found at Asian groceries or even mainstream grocery chains (Walmart offers Unilever’s Knorr Manchurian gravy mix, for example).

With a touch of spice, elote also is growing (up 94% in the last four years). This Mexican street corn is served on the cob (the off-the-cob variety is called “esquites”), with mayonnaise, Mexican cheese (queso fresco or cotija), lime, and chili seasoning. Earlier this year, Houlihan’s reintroduced its take on an elote dish: Creamy Elote Dip, with corn, chipotle mayo, cotija, lime gremolata, and tortilla chips. On restaurant menus, many operators top elotes with Mexican Tajin, a blend of mild chili peppers, lime, and sea salt, helping this trend superstar spice to more than quadruple its growth during the last four years.

Bevs with a Burn

Tajin has been appearing at restaurants as a spicy rim on cocktails like the Margarita, Michelada, and Bloody Mary, as well as in the alcohol-optional Mangonada. Baskin-Robbins released their Mangonada this year, balancing sweet mango flavor and spicy Tajin with chamoy - a pickled-fruit-based sauce with savory, sweet, and spicy elements. Mangonada itself has taken off on beverage menus, growing 83% in the last year.

For warming spice (instead of hot pepper heat), look to trending flavors with cinnamon. Horchata (up 24% in the last four years) is increasingly paired with coffee and cold brew, in both cocktails and latte-style drinks. Earlier this year, Peet’s Coffee released a limited time Horchata Cold Brew Oat Latte with cinnamon sugar. As a seasonally appropriate hot drink, menu data show horchata itself being served hot, as well as in hot lattes and hot chai drinks. Cinnamon apple, with smaller four-year growth (up 16%), shot up in the past year on beverage menus (up 21% compared to last year). This flavor is paired with mules, margaritas, and mimosas, but is also offered as a hot herbal tea option.

Datassential Reveals Deeper Trends to Amp Up the Appeal of ‘Healthy’

Emily Murawski is a senior trends analyst at Datassential. Datassential is a leading market research agency helping food & beverage companies of all sizes and segments develop, launch, and sell their ideas, backed by the industry’s best data. With intuitive software and our team of data and trend experts, we help organizations build craveable concepts, stay ahead of trends, streamline sales processes, and revolutionize research. Learn more at www.datassential.com.

Datassential Reveals Deeper Trends to Amp Up the Appeal of ‘Healthy’