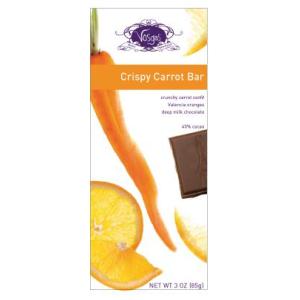 Returning from a food convention is never easy—and not merely because of deadlines lurking in the wings. Then again, returning from 2013 Winter Fancy Food Show in San Francisco is a challenge, more because of the abundance of information and products on display.

The scope and breadth of the products (numbering more than 80,000 according to show organizers) makes any post-show coverage a daunting proposition. Therefore, below are some highlights, touching on some of the industry's major trends in 2013. Look for more new products from the 2013 Fancy Food Show in upcoming issues of Prepared Foods.

Unexpected fruit varieties also could be found in a line of cocktail mixers from Earth & Vine, including California Meyer Lemon Mandarin, Blood Orange and Pomegranate Pink Grapefruit. Grapefruit, lemon and orange were also the three flavors found in a line of sparkling citrus drinks from Q Drinks. Each of its new products boasted 50-55 calories per serving.

Chocolates sweetened with stevia could also be found (notably from The Chocolate Suite, whose sugar-free chocolate range included such flavors as elderberry, ginger and cherries), while in more of a bakery-oriented item, Brownie Brittle from Sheila G's promised "no more fighting for that corner piece" of brownies.

However, the innovations were far from limited to flavors. Hot Can brought the self-heating can concept seen on occasion in coffees to soups. Varieties included Bangers and Beanz, Chicken Curry, Tortellini Bolognaise, Vegetable Chili and more, all with a five-year shelflife and ready in three minutes with the push of a button on the can.