Items Tagged with 'cell based seafood'

BlueNalu Appoints New Member to Board of Directors

BlueNalu, a leading innovative food company developing a variety of seafood products directly from fish cells, announced the appointment of Mary K. Wagner, Ph.D. as its first independent board director. She brings an extensive and diverse range of senior leadership experiences in the food industry to BlueNalu and currently serves on the boards of both public and private food businesses. 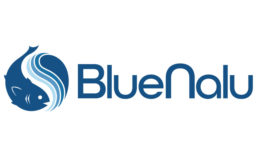 Lauran Madden, Ph.D. to take on role as chief technology officer
No Comments

As CTO, Dr. Madden will continue to drive BlueNalu in its next phase of growth, leading the company through research and development innovations in preparation for the initial market launch of its cell-cultured seafood products. 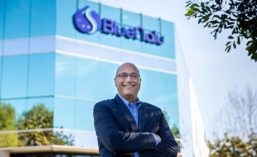 Financing will enable completion of world’s first commercial pilot facility for producing cell-based seafood, and support plans for market launch in late 2021
No Comments
BlueNalu, an innovative food company producing a variety of seafood products directly from fish cells, today announced the closing of $60 million in debt financing from new and existing investors. This marks the largest financing to date in the cell-based seafood industry worldwide. Previously, BlueNalu announced completion of its Series A round of $20 million in early 2020, and its Series Seed round of $4.5 million in early 2018.
Read More 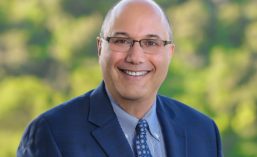 Speaking at New Products Conference: Lou Cooperhouse, BlueNalu
No Comments
With demand for seafood at an all-time high and supply in an increasingly vulnerable state, a group of food innovators and culinary leaders joined forces with tech experts to create BlueNalu Inc., the global leader in cell-based seafood, that produces seafood directly from fish cells.
Read More

Agreement accelerates BlueNalu’s introduction to the Asian marketplace
No Comments
BlueNalu, a food technology company developing cell-based seafood products, announced the signing of a Memorandum of Understanding (MOU) with Pulmuone Co. Ltd., a leader in healthy lifestyle and environmentally-friendly food products headquartered in South Korea. Pulmuone also participated in BlueNalu’s A round of financing, which was announced earlier this year.
Read More

The company’s plans to introduce cell-based seafood in a test market within the next two years
No Comments
Chef Gerard Viverito described each recipe in detail to an eager crowd, as well as his experience and enthusiasm working with recipes that span choices on typical restaurant menus from appetizers to a soup to an entree
Read More
Subscribe For Free!
More Videos