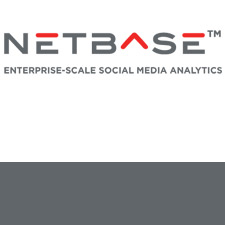 “What’s unique about our Luxury Brand Passion Report is that we let the data determine which brands would be included,” said Pernille Bruun-Jensen, chief marketing officer of NetBase. “By not approaching the study with a predetermined list of what we consider ‘luxury brands,’ we were able to gain valuable insight on what consumers consider luxury.”

The results were used to identify and rank the top luxury brands, and in addition go deep into the trademarked Brand Passion Index™ with a subset of brands to reflect the degree of passion that consumer had for a brand — a critical metric for luxury brands that thrive on emotional attachment in support of premium price.

The report highlighted several shifts in consumer perception, including the rise of Apple as a luxury brand. The company was second on the list of global top luxury brands, after Louis Vuitton and outranking Chanel, Burberry, Hermès, Gucci, and others. It was one of only two technology brands on the list, which also included two of the company’s products, the iPhone (7th) and iPad (28th).

“The NetBase proprietary approach to social media analysis taps more data, more quickly, and more accurately by using advanced processing methods,” said Michael Osofsky, co-founder and chief innovation officer of NetBase. “It tells a larger story, and in many cases you can gain insight into trends on the horizon.”

One example of the predictive capabilities of social analytics can be seen in regard to the report’s findings related to Apple and its line of products.

In July 2014, Apple hired an executive from TAG Heuer, another contender in the Luxury Brand Report that ranked 29th on the list after moving up 33 spots from the year before. Several months after making the hire, Apple unveiled plans for the Apple Watch. While other luxury watch brands like Rolex are slipping in the rankings, moving from the No. 1 luxury brand to eighth on the list, Apple is gaining traction in this luxury list.

“Even before those announcements were made, Apple was ranking on our list of luxury brands,” Osofsky said. “Which means our approach to social analytics can be a valuable tool for brands to track progress of marketing objectives and whether a brand’s tactics are actually moving the needle of consumer perceptions.”

“By taking an emotional and more qualitative approach to social media metrics, we’re able to uncover actionable insights that brands can use to shape consumer perceptions,” Bruun-Jensen added.”

Other notable results from the NetBase study include:

• Louis Vuitton is the No. 1 luxury brand worldwide as measured by social media analytics — parent company LVMH is No. 9

• Mercedes-Benz is the leading automaker on the global list, in the No. 12 position

Ambient (Canned) Meat (Meat) Market in the United States of America - Outlook to 2024...