Consumers Consider Honey to be a “Natural Sweetener”

A survey found that 93% of consumers consider honey to be a natural sweetener. The National Honey Board, Firestone, Colo., commissioned the survey to measure consumer perceptions of honey as a sweetener and as an ingredient in a variety of packaged foods, including yogurt and beverages.

The survey also found that 48% of those consumers say they look for product labels that include honey. Other findings of the survey include:

• Consumers age 18-44, with children, and middle to high-incomes are more likely to pay more for products sweetened with honey than other consumers.

The National Honey Board is an industry-funded agriculture promotion group. 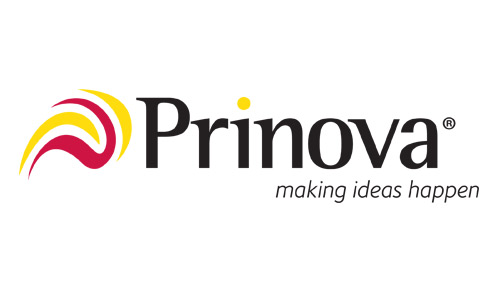 Ongoing concerns about obesity and sugar intake have driven interest in reduced sugar and diet drinks in recent years. This has become even more focused with the arrival of the so-called Sugar Tax in the UK soft drinks industry in recent months and ongoing discussions about the possibility of implementation in some other major markets.

“Placing tax on unhealthy lifestyle choices such as tobacco and alcohol has been seen for many years,” reports Lu Ann Williams, Director of Innovation at Innova Market Insights. “Its arrival in the food and drinks industry and its focus on sugar has been much more controversial, but has certainly generated debate.”

“This interest in sugar reduction,” she contends, “has combined with the ongoing emphasis on clean labeling to boost the use of natural sweeteners in particular, with more sophisticated blends developed for specific applications increasingly in evidence.”

A 2015 Innova Market Insights survey found that sugar content influences the purchasing decision of soft drinks for 57% of US consumers. For the UK, where a sugar tax will come into force in 2018, the figure is 60%. For Mexico, where a sugar tax is already in place, 57% of respondents said that sugar content influences their purchasing decision of soft drinks.

Over 16% of global soft drinks launches recorded by Innova Market Insights in the 12 months to the end of March 2016 used either a no added sugar, low sugar or sugar free claims. This type of positioning was particularly popular in juices and juice drinks, featuring in about one-fifth of introductions in the sub-category, rising to over 30% in the US.

At the same time as this interest in sugar reduction there has also been an continuing focus on clean label formulations, which has worked against some existing non-caloric or low calorie sweeteners and caused a backlash against some ingredients perceived to be “artificial.”

With interest turning to natural sweeteners, the spreading regulatory approval for stevia sweeteners in markets such as the US, Australia and then the EU over the past five years or so started something of a revolution in sweetener use. Soft drinks have been a key application area, accounting for 20% of launches featuring stevia in the 12 months to the end of March 2016.

Penetration has not proceeded as fast as expected in some instances, however, with stevia featuring in just under 4% of global soft drinks launches in the 12 months to the end of March 2016, rising to 8% in the US. Stevia has maintained a relatively high profile, however, and is now being used by some leading players and brands, perhaps most notably Coca-Cola for Coca-Cola Life and Pepsi with Pepsi True, both in the mid-calorie carbonates market.

It is being more widely used in other soft drinks sub-categories, however, with juice and juice drinks accounting for the highest levels of activity overall with a quarter of global soft drinks launches using stevia, but flavored bottled water is faring best in terms of penetration, with 13.5% of global sub-category launches featuring stevia.

Other natural sweeteners are also increasingly being used in the focus on clean labelling, often in combination with sugar, stevia and/or other sweeteners such as erythritol. Honey and agave are proving particularly popular, and there is also growing interest in the use of monk fruit.

So far, launch activity has been relatively limited in comparison with stevia, and has been focused strongly on the US, which accounted for 64% of global soft drinks launches featuring monk fruit, over half of launches featuring erythritol and over 40% featuring agave in the 12 months to the end of March 2016.