Here's an example of flour power. When the National Restaurant Association (NRA) announced its 2018 annual Food and Beverage (FABI) award honorees, nine of the 36 winners were bakery products and/or baking companies.

Speaking of all that dough, it’s not a stretch to see how the FABI winning items—and many more new products throughout the industry—address consumer interests (and operator needs) for artisanal, ethnic, snacking and/or clean label and sustainable attributes.

Still more NRA exhibitors also targeted the same trends. Boulart Inc., Toronto, used the show to debut its Everything Bun, which officials said was “inspired by the popular bagel flavor but … redesigned as a ciabatta bun.” The pre-sliced bun also has few ingredients, is Non-GMO Project Verified, and is free of preservatives, additives and added sugar. It also is low fat, free of trans fat, and offers a good source of iron.

Another FABI award winner was a Florentine Honey Almond Bar from The Eli’s Cheesecake Company, Chciago. Eli’s notes that the product is handmade in small batches and features a “house-made” honey glaze with honey harvested by students at The Chicago High School for Agricultural Sciences.

Among those bridging the gap between ethnic bakery foods and snacks is Brazil’s Ofner, a Sao Paulo-based company known for confections, cakes, drinks and snacks. One the company’s NRA offerings was Pão de Queijo, a traditional Brazilian soft dough with a crispy shell, with parmesan flavor. It’s made with tapioca dough, egg, blend of cheese, whole milk and salt.

Still more bite-size bakery snacks offer more grab-and-go health appeal. This year saw PepsiCo leverage its Naked juice brand and extend it—at both retail and foodservice—into a line of snack bars. One of the 2018 FABI winners were new Naked Bars, a line of chilled fruit, nut and veggie bars. Offering the convenient nutrition and delicious taste for which Naked is known, the bars contain no preservatives, are excellent sources of vitamins A, C, E and iron and are verified by the Non-GMO Project.

Speaking of schools, one of the nation’s largest bakers, General Mills Foodservice, has been quite busy. During the past 12 to 18 months, the Minneapolis-based company has introduced Pillsbury Non-Whole Grain Biscuits, reformulated Pillsbury Mini Pancakes, a Pillsbury French Bread, Annie’s Cheddar Bunnies and Pillsbury Filled Crescents. 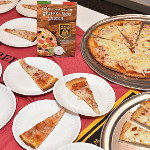 Gluten-free pizza dough specialist Venice Bakery, Torrance, Calif., won two FABI awards. One was for its Plant Based Gluten-Free Crusts, in Broccoli Cheddar and Seasoned Cauliflower varieties. It also won for a new Gluten-Free Low Carb Cauliflower Pizza Crust, a 10" crust with 26g of protein and only 3g of net carbs. 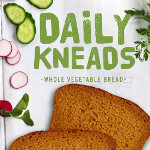 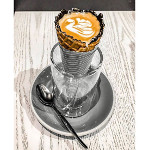 South Africa's CoffeeInACone Inc., Johannesburg, says it's created the "World's Most Instagrammable" coffee. Starting it 2015, it found a way to create a baked cone with an inside lining of chocolate that holds coffee and prevents leaks. The company now has US distribution from offices in Charlotte, N.C.

Originally appeared in the August, 2018 issue of Prepared Foods as Flour Power!