Taste Still Travels: Regional and global flavors are popping up in every daypart and menu category

Six months into a global pandemic and safe-at-home quarantine orders, most Americans have dropped travel plans and dramatically reduced away-from-home dining. However, their culinary wanderlust is stronger than ever, judging by regional and global flavors that are still taking off on restaurant menus.

In July, Datassential’s update of its MenuTrends database found that tastes of Asia, Central America, the Middle East, and other far-flung locales were represented among the strongest culinary trends. Regional favorites—including and especially Nashville Hot chicken dishes or Hawaiian poke—also are having their moment.

Culinary trends most often start in restaurants before they spread to food at home via innovative retail products. Datassential believes that cycle could accelerate and soon push several new flavors into consumer kitchens. Again, that’s because regional and global tastes are popping up in seemingly every daypart and menu category.

Sauce is the Boss

Perhaps the most approachable way to menu a new flavor from afar is in a sauce or seasoning, as many restaurants have done.

This is where Nashville Hot sauce leads all other flavors. Its menu penetration in the United States has increased more than eightfold in the past four years. Most often, it is found on fried-chicken sandwiches or wings, but it could easily be bottled for home use.

NASHVILLE HOT SAUCE LEADS ALL OTHER FLAVORS. ITS MENU PENETRATION IN THE UNITED STATES HAS INCREASED MORE THAN EIGHTFOLD IN THE PAST FOUR YEARS.

The deep-red hue of Nashville Hot also lends a lot of visual appeal. That’s also true of other global flavors growing on menus such as like matcha (a vibrant green) or Central American pitaya, more commonly known as dragon fruit. Pitaya’s skin is usually bright pink.

During the past four years, it’s clear to see that avocado toast definitely is the prevailing appetizer trend. That said, most of the fastest-growing flavors on appetizer menus involve regional American or global taste inspirations.

Menu penetration for elote has nearly tripled in the past four years, for example. Most commonly it’s referring to a grilled-corn dish that’s a staple of Mexican street food. However, it also refers to the spice blend traditionally used in the item. Elote-flavored corn chips already are available at Trader Joe’s and other specialty grocers.

Importantly, an elote appetizer usually showcases cotija cheese and other Mexican flavors that are still new to American consumers.

Some U.S. consumers already may be intimately familiar with fast-growing appetizers like cheese curds (from Wisconsin) and poke, which have nearly doubled in menu penetration since 2016. Italy gives us a few of the other fastest-growing appetizer varieties, such as arancini; or ingredients such as burrata, an ultra-creamy and smooth cheese.

One region to keep an eye on is the Levant, a crescent of the Middle East stretching from Cyprus and Egypt to Syria and much of Turkey. Levantine cuisine is in very early stages in the United States, but spicy flavors such as harissa and sumac are growing fast. They’re used to add heat to shareable dishes like chicken wings and fries.

Drinks (alcoholic or not) appear to be a prime way introduce people to new varieties and flavors, especially in retail.

On beer menus across the country, New England IPAs appear more than 10 times as often as they did four years ago. We’re also importing interesting new beers from Germany. Consider that references to Berliner weisse varieties have nearly tripled during that time. Gose, a warm fermented beer with typically sour or salty tastes, also is up more than 100% in menu penetration as well.

Trends in spirits intermingle features from many foreign countries and American regions. Consider the Kentucky Mule (up 224% in references the past four years) or the Mexican Mule (up 103%), which substitute a Moscow Mule’s vodka with either bourbon or tequila, respectively.

Menu penetration for Japanese whiskey has more than doubled since 2016, and that is driving growth in highballs, which have nearly doubled. The Mexican paloma cocktail also is served in a highball glass.

The greatest growth in menu penetration for non-alcoholic beverages involves Asian teas and fermented drinks, such as kombucha (up 327%); matcha lattes (up 244%); milk tea (up 70%); and jasmine green tea (up 53%).

Datassential menu trends research also shows that aguas frescas from Mexico have grown 50% on menus in the United States. They also serve as a platform for floral flavors in beverages. In the past four years, lavender has doubled on drink menus; and rose and hibiscus are up 75% as beverage ingredients. Hibiscus in particular appears to be driving the growth of Agua De Jamaica, a Mexican drink infused with that flower.

Even without a convention, global tastes stood out among National Restaurant Association’s 2020 FABI honorees.

They say the show must go on. Of course, that was only partially true this year as coronavirus pandemic fears forced the National Restaurant Association (NRA) to cancel its annual May restaurant show in Chicago. Even so, NRA still presented its 2020 Food and Beverage Awards (FABI) to as many as 29 interesting and innovative new foods and drinks.

Although there proved to be no in-person opportunity to literally taste the trends, global flavor stood out in as many as nine FABI award winners. Winning products reflected global flavor influences from … 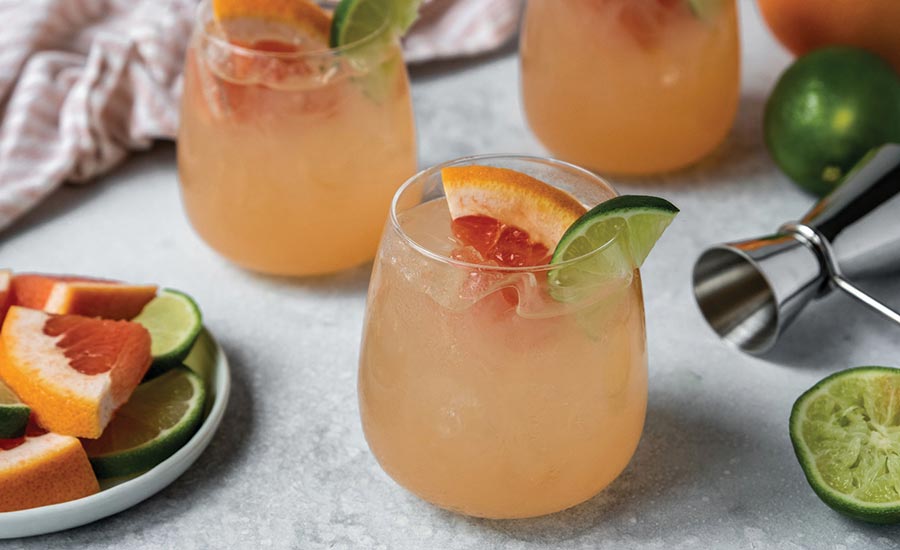 Written by Mark Brandau, managing editor at Datassential, a supplier of trends, analysis, and concept testing for the food industry. For more insights on dessert and other industry topics from the firm’s Keynote Report series, contact Brandau at mark.brandau@datassential.com.