The typical American consumer enjoys more than 1,000 snack-oriented convenience foods in any given year. 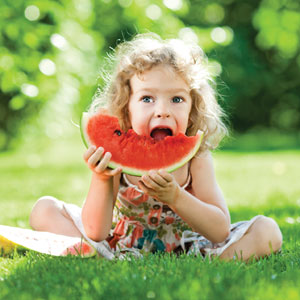 The NPD Group has revealed the typical American consumer enjoys over 1,000 snack-oriented convenience foods in any given year. Which group most frequently partakes of a snack (which includes fresh fruit, sweet and savory snacks)? Children and teens appear to consume the most snacks. Women eat an average of 3.1 snack-oriented convenience foods every day, while men account for only 2.7 every day, NPD snacking research finds.
NPD’s SnackTrack reports that around eight of every 10 in-home snack occasions are considered “a snack-oriented convenience food” vs. other foods, regardless of time of day. During a typical year, Americans have more than 356 billion occasions to eat snack-oriented convenience foods.
What prompts consumers to select a specific snack? Taste is the leading motivator across all age groups, but women are more apt to choose a snack food to meet specific need states (chocolate, sweet, crunchy, healthy). Children, on the other hand, are looking for something fun to eat.
“An individual’s mood and situation has a strong effect on what will be snacked on,” says Darren Seifer, NPD food and beverage industry analyst. “Connecting marketing messages to the emotional nature of snacking—think taste, cravings and indulgence—will help drive product selection.”
Mintel research finds consumer demand for convenient and healthy food options should increase snack bar sales over the next four years. The firm predicts snack bar sales will increase 13% through 2017, led by granola bars, with 58.9% of the market.

Lees of Scotland in--troduced new packaging for its Snowball and Teacakes in the UK in February, and the move is already showing positive results. The company has reported a 20% increase in sales of the brands, as the new packaging has reportedly helped secure increased distribution across the UK.
Unilever UK has announced it will team with Kinnerton to launch Magnum, Cornetto and Mini Milk ice cream products in a confectionery format for the first time in the UK market. Kinnerton notes consumer testing of the concepts and products were “extremely high,” among the highest the company has ever seen.
The sugar and gum market in Brazil has surpassed the R$10 billion barrier for the first time, reports Mintel research, and the future appears similarly bright, with the research group anticipating the market will enjoy at least 5% annual growth through 2016. Prompting the uptick in fortunes has been more robust product offerings, buoyed by higher-quality and more expensive sugar confectionery and gum products. Mintel’s report likewise finds Brazilian consumers open to new flavors and products; some 76% claim they like to try to new gums and sugar confections. 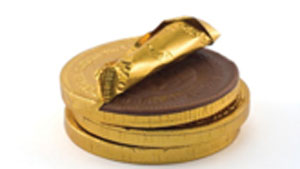 In Israel, Carmit Candy has introduced Grow Strong milk chocolate coins containing calcium, potassium and vitamin D3, as well as the antioxidant astaxanthin.
Hershey is launching its first brand outside the U.S. with its introduction of Lancaster in China. The premium milk candy will compete in the country’s fastest growing confectionery segment, worth an estimated $1.2 billion and accounting for a quarter of the country’s total candy market.

Processed Snacks (Savory Snacks) Market in the United States of America - Outlook to 2024...