Authenticity and traditional flavors are key product attributes, although ongoing interest in health is also driving demand for clean ingredients and free-from options. With the top three cuisines—Italian, Hispanic and Asian—all now regarded as standard in the national diet (rather than ethnic options), interest has turned to other more newly discovered cuisines, more regional options and fusion styles.

“Bountiful Choice” was one of Innova Market Insights’ Top 10 Trends for 2018. Without a doubt, this trend is helping to drive the overall food market forward and creating a greater range of different flavors—many associated with other parts of the world.

There are numerous new product examples from both mainstream manufacturers and ethnic specialists alike. StarKist Co., Pittsburgh, Pa., last year extended its Tuna Creations tuna pouches range in 2017 with a new “Bold” sub-line that features stronger and more exotic flavors. The original three offerings were Hot Buffalo, Thai Chili and Jalapeno. They were joined later in the year by a Sriracha flavor, co-branded Tapatio Mexican hot sauce version, and a Rice & Beans in Hot Sauce option.

Of course, sriracha, originating from Thailand, first came to the US commercially in the 1980s and has seen significant growth lately as a seasoning in all types of products.

“Dining Out/In” was another of Innova Market Insights’ top 2018 trends. This reflects how the demand for restaurant quality meals in the home also drives the move to more authentic ethnic cuisine. Put simply: foodservice cuisine concepts are being applied to new food and beverage products. Bowls are seen as an area with considerable potential, reflecting their success in restaurants. Bowl presentation is being thought of as novel, healthy and highly customizable, where any flavor profile/cuisine can be incorporated. Restaurant options have included poke bowls, “Buddha” bowls, smoothie bowls, açai bowls, etc. 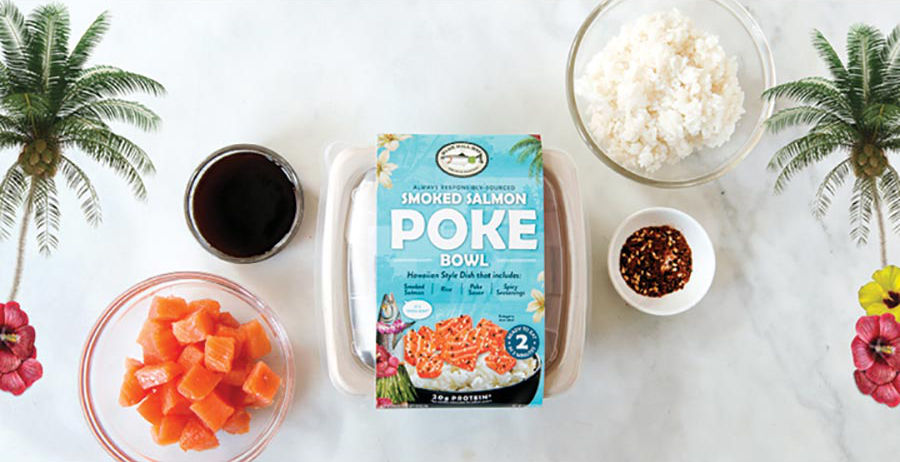 Even restaurants are getting into the retail trend. In fact, last summer saw restaurant operator Moe’s Southwest Grill partner with Kellogg Company to develop and launch a line of five Breakfast Bowls—all featuring Southwest and/or Mexican-inspired flavors.
Ethnic offerings also are popular for their portability and association with authentic “street foods”—those items often only available from carts, food trucks or food courts. McCormick & Company’s 2018 McCormick Flavor Forecast highlighted the rise in fusion flavors in the hand-held category, led by street foods.

McCormick’s fusion ideas include Asian egg crepes (called “jianbing” in China and “dan bing” in Taiwan) that could be stuffed with regional American flavors. Another possibility could be gyro-taco hybrids combining elements of South American and Greek cuisine. Or how about dessert options made with traditional Chinese bao steamed buns. Even Izakaya (Japanese pub venues) offer new ideas with bite-size snacks with flavored glazes, seaweed seasonings and tangy dipping sauces.

There’s growing interest in South Korean cuisine, which now is emerging from the shadow of its more gastronomically established neighbors: China and Japan. Of course, kimchi has benefited from rising interest in fermented foods. Yet there also has been much more activity involving specialties such as Korean BBQ sauce, bibimbap mixed rice dishes and bulgogi marinated barbecued meats.

Although overall new product introductions remain relatively low, it’s interesting to note that US launches of food and drinks products—emphasizing Korean flavors—more than doubled during a two-year tracking period to the end of October 2017, according to Innova Market Insights data.

Of those new product launches, new sauces and seasonings continued to lead, with 45% of the total during the 12 months to the end of October 2017. Most common are kimchi pickle products and barbecue sauces. However, ready meals are closing in with a 36% share and snacks account for most of the remainder.

For the record, Seoul’s CJ Cheiljedang first opened its US food importing and distribution operations in Southern California. Since then, it quickly has become a major manufacturer and distributor of Asian food products with a focus on Korean food. Through its brands, Bibigo and Annie Chun’s, the company’s US operation, CJ Foods, La Palma, Calif., now offers an extensive range of packaged food products, including dumplings, noodles and sauces. 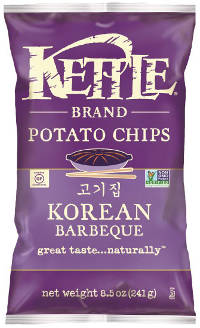 As mentioned, Annie Chun’s is one of the two key CJ Foods brands. While it specializes in entrees and bowls, seaweed snacks and dry noodles and sauces, its sister company, Bibigo, focuses on authentic-style dumplings, frozen ready meals and sauces. It also operates a chain of Korean restaurants, primarily in the Greater Los Angeles and San Diego area on the West Coast. Recent additions to the CJ Bibigo frozen product range include Bibimbap Beef and Fire Grilled Beef. In other news, Annie Chun’s last year introduced Roasted Seaweed Crisps with Korean Style BBQ flavor.

African inspirations are increasingly popular. In fact, McCormick & Company’s 2018 McCormick Flavor Forecast highlighted East African flavors, starting with berbere spice blends. These are chili-based and popular in countries such as Ethiopia, Eritrea and Djibouti. The berbere blend contains an array of spices to impart a hot, sweet, citrus flavor. Interestingly enough, it gained attention in the US market in 2017 when Kroger included a Berbere Spice Blend within its own Private Selection line.

Another popular spice blend for African cooking is better known further north, particularly in Morocco. That’s where Ras el hanout seasoning is used in many dishes, but is said to be regarded as essential in the production of the Moroccan dish, Pastilla; as well as most tagine recipes and some soups, stews and couscous. Spicely Organics, Freemont, Calif., added a vegan-friendly, non-GMO, gluten free Ras el hanout seasoning to its range at the end of 2017.

These seasoning blends have appeared increasingly on the market to help consumers make their own dishes from scratch, but North African flavors also are penetrating the ready-to-eat market, with 2017 launches including a refrigerated North African Bean & Squash Soup from Portland, Ore., retailer New Seasons Market. The soup comes in a microwaveable lidded plastic pot with a handmade, vegan-friendly positioning.

Culinary trend and menu experts also point to Peru as a country to watch, following the growth of other South American cuisines. Activity recorded by Innova Market Insights is largely confined to sauces and seasonings to date, although Peru also is a major exporter of quinoa products and artichoke hearts to the US.

There’s no doubt that consumer interests in authenticity, bolder flavors and simply, just something new and different—all continue to drive ethnic food sales. It’s also fascinating to see even more diversity as chefs and manufacturers fuse and blend different ethnic flavors and formats. There’s fast-paced innovation in this area from ingredients, spices and sauces designed for in-home preparation—all the way to ready-to-eat snacks, meals and meal kits.

Originally appeared in the April, 2018 issue of Prepared Foods as Global Warming.