Matthew Jost, CEC, CBJ, is Culinary Chef of National Accounts for the Kraft Heinz Co. With a degree in Culinary Arts from Kendall College, and completing a degree in food science from Kansas State University, Jost is also a certified barbecue judge for the Kansas City Barbecue Society. Having worked for nearly two decades at some of the top restaurants in the US, Jost came to Kraft/Heinz from the restaurant division of Weber-Stephen Products LLC, where he was corporate R&D chef and Chef of the Weber Grill Academy. He is one of only five “Certified Weber Grill Experts” in the world, having logged more than 1,000 hours cooking, smoking, and roasting on every type of grill Weber makes. He can be reached at matthew.jost@kraftheinz.com or through this magazine. 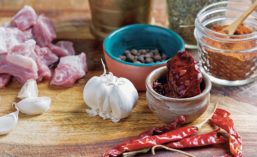 Creative chefs are probing into the interior flavors of indigenous cultures within the countries of the southern part of the Western Hemisphere as well as moving beyond Hispanic flavors to delve into the non-Hispanic culinary traditions of countries such as Brazil, Guyana, and Suriname
Matt Jost
No Comments
American consumers are coming to recognize that the term “Latin cuisine” encompasses far more than the foods of Mexico and Central America or even the few dishes from South America that have hit the mainstream here.
Read More 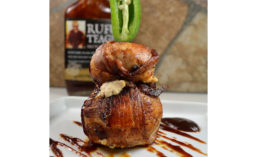 The American love affair with barbecue is still on fire
Matt Jost
No Comments
Barbecue is the great American religion and each region prays in its own way. And the hymns of flavor are represented in the dry rubs and the wet rubs, the marinades before the fire, and the sloppy, saucy slatherings applied after.
Read More

Today’s product developers add science and insight to create perfect, flame-kissed bites.
Matt Jost
No Comments
Most home grillers already know how to grill; cooking over fire is one of the most basic methods of preparing food.
Read More 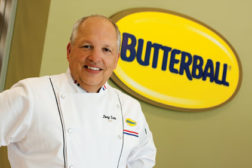