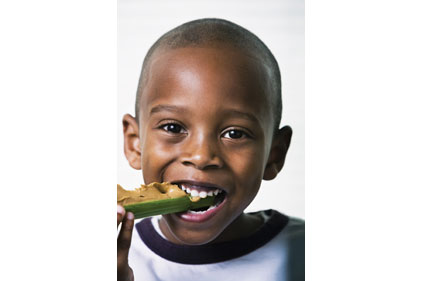 A report from Packaged Facts finds more and more Americans eating smaller portions of food more frequently throughout the day, and the report notes “universal agreement in the food industry that this megatrend is here to stay.”

Furthermore, the report finds many adult consumers have placed a high priority on making sure that the foods they (and their children) eat pass “nutritional muster.” All of this is converging, the report notes, to result in a new generation of snackers attracted by the “health halo” around healthy-ingredient snacks.

David Sprinkle, the research director for Packaged Facts, adds, “The market is characterized by a continuous flow of new products based on inventive formats, shapes and ingredients, as well as exotic fruits and vegetables; bold contrasts of sweet and salty; and novel and bold amalgamations of spices and heat from around the world.”

However, “Healthy-Ingredient Snacks in the U.S.” also notes the prevalence of locally derived ingredients in many of these products, as well as a concern about the environment, in addition to the health and well-being of their consumers.

That health and well-being has long been under threat from the obesity crisis, but a report finds obesity levels in the U.S. appear to be reaching a plateau. “F as in Fat: How Obesity Threatens America’s Future 2013,” a report from the Trust for America’s Health (TFAH) and the Robert Wood Johnson Foundation (RWJF), finds adult obesity rates at least remained level in every state except one—Arkansas.

Smarter than the Average Berry