To activate shoppers in 2015, CPG marketers are going to have to keep playing the affordability card 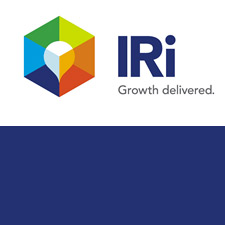 Decreasing unemployment rates, falling gas prices and an improving housing market bolstered the U.S. economy in 2014. However, wages are lagging behind, which is causing consumers to remain concerned about their economic future and cautious about their spending habits. The outlook isn’t all gray clouds, though. The latest IRI MarketPulse™ survey released found that even though shopper sentiment remained nearly flat during Q4 2014, it still maintained an overall upward trend for the year.

“To activate shoppers in 2015, CPG marketers are going to have to keep playing the affordability card—giving consumers the products and tools they need to stretch their CPG dollars while still living life to the fullest.”

“It’s a mixed bag of both positive and negative forces at play in the CPG industry today,” says Susan Viamari, editor of Thought Leadership, IRI. “Though we see many positives, a huge negative is the fact that income remains quite stagnant, so many consumers still don’t earn enough money to ease budgetary strain. In fact, our latest MarketPulse survey uncovered that 22 percent of consumers are still having difficulty in affording needed groceries, which is unchanged from a year ago.”

Constructed against a benchmark of Q1 2011, IRI’s Shopper Sentiment Index provides deep insight into how the economy is impacting consumers and changing how they approach grocery shopping. The index provides perspective in terms of price sensitivity, brand loyalty and changes in spending required to maintain desired lifestyles. With a benchmark score of 100, a Shopper Sentiment Index score of more than 100 reflects consumers who are less price driven, more loyal to favorite brands and better equipped to maintain their desired lifestyles without changes, as compared to Q1 2011.

The latest index remained relatively flat for Q4 2014 at 120 compared with 121 in Q3, but is considerably higher than the index of 102 a year ago. Consumers aged 18-34 saw sentiment improve considerably during the past year, but they are still struggling the most and indexed at 114. Meanwhile, those aged 35-54 came in at 121, which is on par with 121 for those aged 55-plus.


Though the economy is making positive strides, the MarketPulse survey reveals that consumers have not felt a true boost in their own financial picture, so they will continue to pinch pennies and stretch their CPG dollars in 2015 in the following ways:

”The U.S. economy made significant positive strides in 2014, but the improvements are taking longer to ripple through the population than expected,” concludes Viamari. “To activate shoppers in 2015, CPG marketers are going to have to keep playing the affordability card—giving consumers the products and tools they need to stretch their CPG dollars while still living life to the fullest.”

To dig deeper into the Q4 2014 MarketPulse survey and learn forward-looking insights about 2015 consumer trends, IRI just released a new Point of View, “2015: Promise Poking through for CPGs,” which examines how consumers will be using their common money-saving tools and making the most of new media to facilitate their CPG shopping endeavors throughout 2015.

Cooked Meats - Counter (Meat) Market in the United States of America - Outlook to 2024...

Ambient (Canned) Meat (Meat) Market in the United States of America - Outlook to 2024...