Think outside the bag! There are plenty of new ideas for tea beverages as well as foods featuring tea as an ingredient.

Tea is the second most consumed beverage in the world, next to water. And while it’s not unheard of for some to think of tea as nothing more than flavored water, tea is an incredibly complex beverage category. While in Asia and parts of Europe it is regarded as more than a beverage, associated with rituals, traditions, and a pursuit of specialty, in the US it is moving beyond simply being a beverage used to wash down food or rehydrate.

American tea is becoming an experience of sweet steeped indulgence; liquid health support; or the basis of fun, drinkable concoctions. More than that, tea and tea extracts and powders are rapidly finding their way into food products as flavorants. 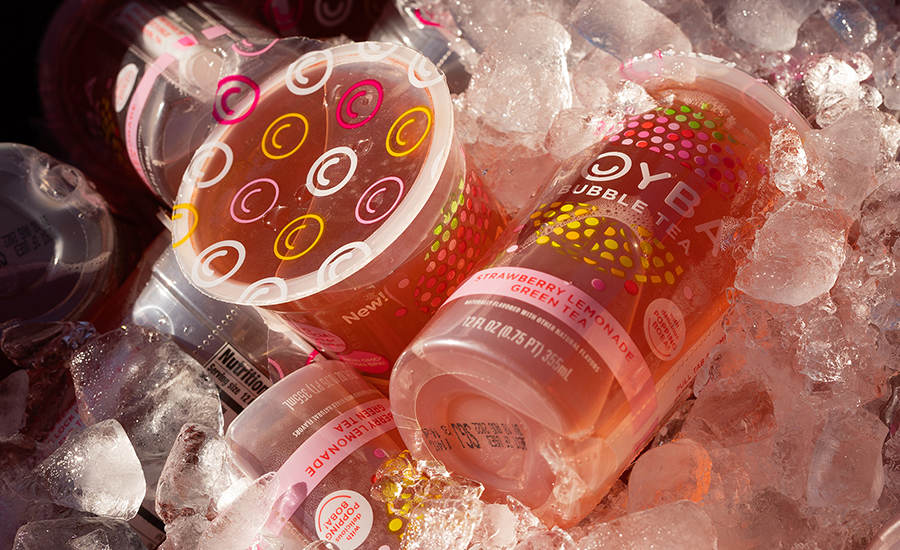 On the beverage side, three main tea themes currently pouring into in the mainstream are milk teas, better-for-you beverages, and botanical tisanes. The latter cover an expansive pharmacopeia of herbal “teas” marketed to apply to virtually every aspect of health and wellness, from immunity to energy to a laundry list of diseases and syndromes.

Milk teas across the globe range from the UK’s simple and traditional “cuppa” to hot and cold Asian milk teas made with black or red tea and sweetened condensed milk or heavy on the spices, as in Indian chai.

The UK version is usually an orange pekoe or black tea with milk and sugar enjoyed first thing in the morning, then taken ritually as an afternoon break. Hong Kong milk tea, chai from India, Thai iced tea, and Taiwan’s taro pearl boba tea (a.k.a. “bubble tea”) are examples of how far the tea-with-milk concept has traveled. 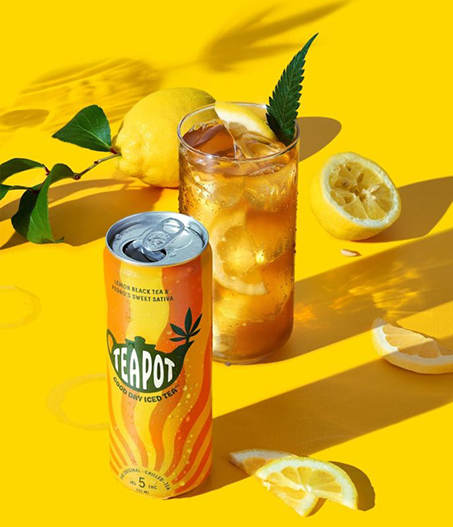 The Boston Beer Company, Inc., brewers of Samuel Adams beer, Angry Orchard cider, Truly hard seltzer also helped pioneer so-called “hard iced tea,” iced tea beverages made alcoholic by the inclusion of neutral or flavored high-proof spirits. Now, the company is moving into a new tea space with the launch of TeaPot, a new line of cannabis-infused iced teas. The company will first release Good Day Iced Tea, made with real lemon black tea and infused with mild species of cannabis containing 5mg THC per serving. The base is a lightly sweetened black tea with lemon, and the finished product boasts no cannabis flavor or aroma.

Tea shops in California, Oregon, and Washington were the first in the US to introduce the trend of boba teas. The thick, highly sweetened iced tea beverage is laced with chewy tapioca pearls. Basic boba tea consists of brewed tea poured over ice and combined with milk, sweetener, and taro pearls (boba). Boba teas offered in retail environments are crafted in a range of flavors that in some tea shops resemble nothing less than offerings found in an ice cream parlor. Typical flavors and toppings range from simple whipped cream, candies, sprinkles, or flavored foams, to the more exotic such as grass jelly or sweetened red beans.

Gone but Not Forgotten

Despite having been a pioneering game-changer in the category of organic RTD tea, Honest Tea will dropped from Coca-Cola’s portfolio by the end of the year. The company cited both a decline in sales and “limited glass supplies" for the bottled beverage. The beverage giant’s Gold Peak and Peace Tea brands have been enjoying increased sales. The company will be maintaining the Honest Kids organic juice line, which it claims is “growing quickly.”

The boba tea trend has been slowly moving across the country, primarily through colleges and universities. The University of Georgia, for example, has three dedicated boba shops in the downtown area. A decade ago, there were none. This beverage has high appeal for Gen Z and Millennials. In fact, a survey conducted last year by CLSA, Ltd. revealed that 94% of consumers aged 20-29 had bought boba tea at least once in the previous three months. 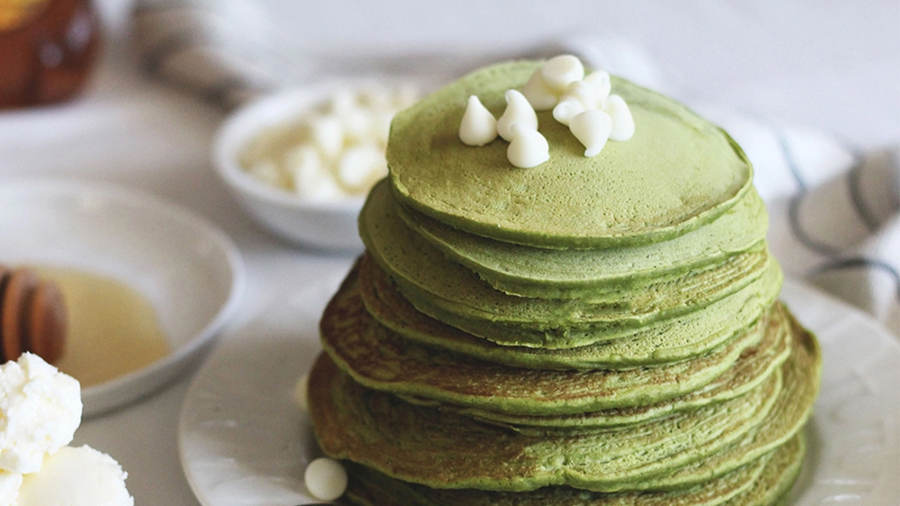 Powdered green tea matcha has become hugely popular as a healthful colorant and a flavorant in tea beverages and in foods ranging from pastries, icings, and fillings, and even in chocolates. Photo courtesy of Aiya America, Inc.

Tea, or not a tea

Tea beverages start with two basic categories, true tea—made from the Camellia sinensis plant—and those made from botanicals other than true tea, ranging from herbs and spices to flowers, grains, or seeds. Typical true-tea bases are black and green (with orange pekoe actually being a type of black tea). There are hundreds of varieties of each, but some trending examples are white tea and matcha in the green tea category, and oolong and Darjeeling among the black teas.

Tea leaves and buds are a plant powerhouse of flavonoids, catechins, and mild caffeine levels. With higher interest in natural ways to improve one’s health, tea is a natural pairing in this space. “This is a market people are willing to escape to simply for the discovery of new flavors and combinations,” states Taylor Ackerman, senior scientist for Golden State Foods. “Ashwagandha, turkey tail mushroom, Astragalus—a Mongolian flowering plant—and Tremella fungi are just a few ingredients advertised in the teas of today.” Whether for relaxation, focus, stress relief, or immune support, functional teas provide an alternative delivery mechanism over supplement capsules. Expect to see more herbals, roots, and other adaptogenic ingredients making their way into tea beverages and onto shelves in the coming months. 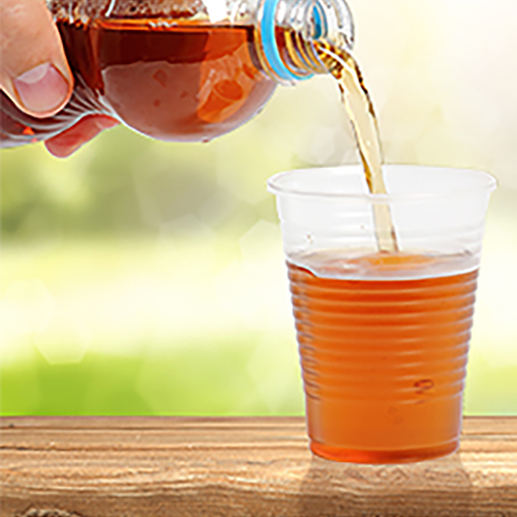 Tea, tea concentrates, and tea powders all are highly effective flavors and bases for the ever-expanding category of hot and cold tea beverages. Photo courtesy of: Amelia Bay, LLC.

Among the florals, chamomile, rose hips, elderflower, jasmine (typically combined with C. sinensis), Osmanthus, hibiscus, and rose are the most common. With fruit teas becoming more popular, some of the basics, such as raspberry leaf and blueberry are having a revival, while decoctions derived from melons (such as honeydew and winter melon) and more unusual berries such as goji and aronia are gaining attention. Fruit and floral tea bases often are used to flavor green tea beverages, balancing them with neutrality while maintaining mild caffeine levels.

Steeping seems simple, but continues to lend itself to both functional and flavorful surprises. Soaking certain ingredients in room temperature water or cold water overnight extracts different flavors than steeping in hot water. Smoother, less bitter, and more delicate flavor foundations emerge from the process compared to traditional hot-brew methods. Steeping spices, herbals, florals and botanicals create new global flavor stories to experience. Additionally, tea can be a “secret weapon” outside of beverages as a flavor accentuator, leveraging deep and complex earthy, astringent, and smoky notes to soups, stews, sauces, and marinades. It can be highly experiential. Tea also is used in cocktails and mocktails (often in place of bitters) as well as in desserts. 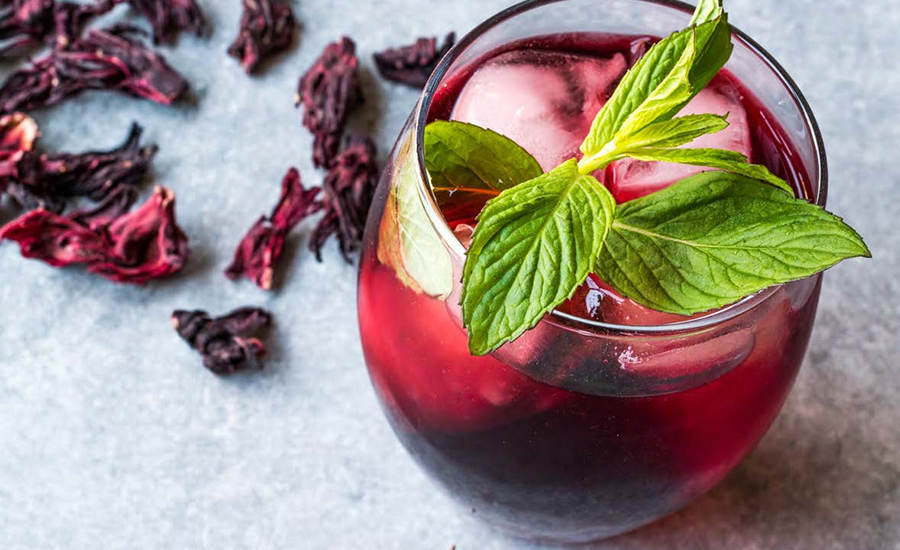 Floral teas are experiencing a revival, with anthocyanin-rich and citrusy hibiscus especially popular, both on its own and as a flavoring for true tea in cold RTD beverages. Photo courtesy of Florida Food Products, LLC

Matcha—Japanese powdered green tea leaves—continues to expand deeply into food products as both a flavorant and a colorant. The vivid green tea source is being used in pastries, cookies, doughnuts, and other confections as well as sweet fillings, icings, and candies. Matcha has its own slightly sweet back note that balances the astringent nature of the C. sinensis. It also is prized for its high levels of antioxidants.

Smoky teas, such as the previously noted oolong and Darjeeling, as well as Lapsang Souchong, are bringing a depth of flavor that accents savory and umami notes in sauces, soups, and marinades. Also, the flavors of milky red Thai iced tea are being recreated in cakes and pasties as well.

Tea continues to turn over new leaves and introduce new ways to inspire both culinary experts and food scientists alike. With its high flexibility and ubiquitous consumption, the options for what tea can do are endless.

Eric Nakata is an experienced creative brand strategist driving results through innovation and product development for more than two decades. He is the Chief Executive for En-Voke, LLC, a business development company working with food, beverage, and CBD companies. Previously, he served as VP of Innovation for S&D Coffee and Tea, Inc.; Newly Weds Foods, Inc.’s strategic development chef for McDonald’s Corporation; director of R&D for Mont Blanc Gourmet; and senior corporate innovation chef for Nestlé NA. You may reach him directly at enakata.envoke@gmail.com.

Innovative, Better for You Beverages: What's Next? 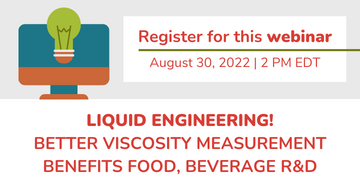