Wine in a box finally became a reality, so could wine in a can be too far behind? A European beverage can manufacturer has unveiled a “protected quality,” airtight and light-proof seal for wine in cans, promising a shelflife of 12 months. It claims the 200ml or 250ml aluminum cans are suitable for all wines. In Europe, canned wine—admittedly a small portion of the market—has enjoyed double-digit growth, while single-serve bottle sales have remained stagnant.

Asia and Africa would appear to be the markets poised for the greatest growth in alcoholic beverages, judging by the latest statistics from market researcher Canadean. Beer volumes will grow at a compound annual growth rate of 3.8% in Asia and 4.6% in Africa through 2016. By contrast, North American growth is expected to dip to -0.6%, with Western Europe faring little better—0.5%. 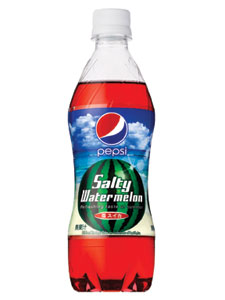 While it may not be an exclusively adult beverage, Pepsi has once again introduced a new flavor for summer in Japan, following on the success of Ice Cucumber and Shiso in years past. The latest launch is Salty Watermelon, a carbonated beverage with notes of saltiness and a slight watermelon flavor.

In Japan, a recent beverage launch took a cosmeceutical approach. Takara Shuzo’s TaKaRa Beauty Sparkling Peach Flavoured Alcoholic Drink is a low-alcohol beverage with collagen that targets women in their 20s and 30s. While EU law dictates such a product could not launch there (alcoholic products with more than 1.2% alcohol by volume may not make health claims), a non-alcoholic version could find its way to European shelves. pf