American consumers appear to view even the most troubled economy in decades as little deterrent to their need for a daily cup of joe. 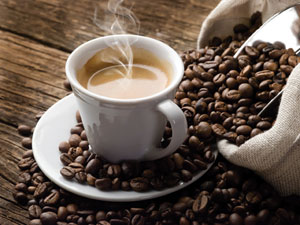 Zagat has completed its first survey to delve into the coffee-drinking habits of American consumers; they’ve discovered that even in the worst of the economic crisis, coffee lovers are loathe to sacrifice their beany brew.

Some 83% of coffee drinkers surveyed report that a cup of coffee is an everyday staple in their diet. Well, “cup” might be a low estimate. Actually, that daily coffee habit equates a bit closer to 2.2 cups—the average daily amount consumers enjoy. The caffeinated jumpstart would appear to be the chief reason for many of those cups, as only 5% note they routinely reach for decaf and another 5% noting they opt for a half-caffeinated blend.

While the vast majority of coffee drinkers take the beverage every single day, 12% of those surveyed can get by on coffee “a few times a week.” Very few report they consume coffee drinks a few times a month or a few times per year, 2% and 1%, respectively.

For the most part, the economic crisis had little effect on the consumption of coffee, though the location of that consumption may have altered. While only 6% noted they consumed less coffee as a result of the economy, 23% did switch to making more coffee at home; 8% ordered less-expensive coffee drinks; 3% ordered smaller coffee drinks; and 3% changed the location where they purchased their coffee while out. Nearly two thirds (some 65%), however, reported no change in their coffee consumption resulting from the economic downturn.

Give Me a Break