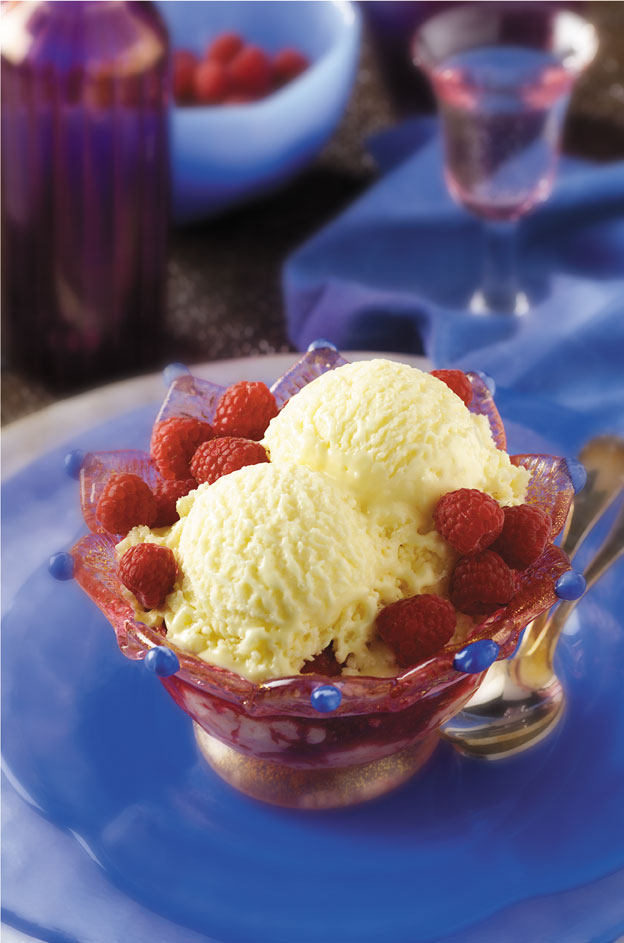 The issue of crystallization in food processing can be a challenge for many product developers, especially when it comes to dairy product manufacturing. Last year, during the National Egg Products School program, Deana Jones, Ph.D., of USDA Agricultural Research Service’s Egg Safety and Quality Research Unit, discussed the food crystallization process and how egg products can affect finished product taste and texture.
Although often thought of as a negative, food crystals can be either beneficial or detrimental to food. Some, but not all, of the food constituents that can crystallize include sugar, salt, lactose, tartaric acid and, of course, water—commonly referred to in that state as ice.
When it comes to eggs, their role in crystallization process is based somewhat on their functions of foaming and emulsification. These can be an integral part of confections and frozen desserts. In confections, especially in candy making, eggs play the roles of air incorporation and binding water. This, in turn, makes them responsible for a large part of product structure. However, eggs also are critical in controlling sugar-crystal growth.
In controlling sugar crystal formation, the fat and protein in eggs are used strategically to reduce the size and number of sugar crystals, specifically interfering with interaction of the sucrose molecules. For this reason, eggs often are a part of formulation in such popular crystalline candy confections as fondant, fudge, divinity and even rock candy. The need for controlled crystallization in confections presents a special case for these candies wherein sugar crystals are dispersed in a foam matrix.
Albumen is the main source of protein in eggs which serve to disrupt crystal formation, while acting as a foaming agent and regulating texture. Small sugar crystal size and texture enhance the melting quality of confections. If too little albumen is deployed, a more dense, coarser texture will result; too much albumen and the end result will be a chalky texture, due to excessive foam for encompassing the sucrose syrup.
The effect that egg albumen has on the crystallization of sugars from syrups was chemically described nearly 85 years ago (Swanson, 1929). The crystals formed in a simple solution of sugar and water only are more than twice the size as those in a fondant candy made by first cooking and beating the syrup and then adding egg albumen. But whipping hot syrup into stiffly beaten egg albumen until the crystallization process occurs yields crystals one-eighth the size and smaller. This results in an increased smoothness of texture.
Fat has a different effect on crystallization. Egg yolk, which contains the fat in an egg, works especially well in controlling crystallization for texture advantage in frozen dairy formulations, specifically ice cream. In fact, egg yolk is predominant form of egg product found in ice cream and is a traditional emulsifier for that category of products.
The forms of egg products acceptable for ice cream production include dried yolks, dried whole eggs, frozen yolks, frozen whole eggs and fresh whole eggs. Current U.S. ice cream standards provide for a Standard of Identity for ice cream (21 CFR part 135). Ice cream contains <1.4 % yolk solids; frozen custard is at 1.4 % yolk solids. (There are a few exemptions for added bulky flavorings.)
Other functions of eggs in frozen desserts includes imparting flavor (especially in custards); improved whipping ability and fat structure formation in mixes; and increased viscosity of mix. Eggs also aid in plant transport (pumpability), pasteurization (generally added before pasteurization) and final product texture. Those roles in the textural properties of frozen desserts include improved mouthfeel, and the natural lecithin in eggs decreases the ability of fat globules to “clump” while helping to increase whipability. In ice crystal formation, the lecithin-fat globule complex increases viscosity and interferes with the formation of large ice crystals. Smaller ice crystals result in smoother, creamier frozen products.
There are a few potential less-desired effects of eggs in food formulation. Eggs are high in food value which causes them to be a more expensive ingredient. However, this can actually be an asset for “all natural” or “premium” products. Still, overuse can result in an undesirable flavor. Also, improper storage of egg products can result in “off flavors” due to oxidized and lipolyzed flavor compound development. Moreover, when frozen products melt, greater foam formation is seen in those products that contain egg.
Still, egg products have important roles in controlling crystal formation in candies and frozen desserts. The use of egg products as an ingredient might increase costs on the front end, but consumer perception of “egg” on the label is much greater than long chemical names, plus the richness of the results lend a “premium” aspect for which consumers will pay accordingly and continue to seek out. This makes eggs as an ingredient an investment as opposed to a price burden when it comes to formulating frozen products for demanding consumers.

Research Supports the Advantages of Eggs

Eggs Plus Plants: The Perfect Pair