Vittoria has served as President & CEO of Pez Candy, Inc. 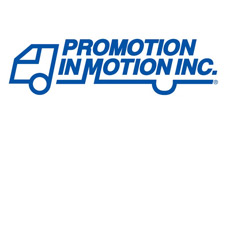 The Promotion In Motion Companies, Inc., the Allendale, New Jersey based manufacturer of snack and confectionery brands including Welch's Fruit Snacks, Sun-Maid Milk Chocolate Raisins and Sour Jacks Sour Candies has announced the appointment of Joseph Vittoria as Executive Vice President and Chief Administrative Officer effective mid January 2015. Mr. Vittoria joins a well regarded management team in continuing to shepherd both the strategic growth initiatives and broadening sets of market segments which have continually propelled the company for over three decades into one of the 100 largest confectionery and snack food enterprises in the world.

For more than 10 years, Vittoria has served as President & CEO of Orange, CT based Pez Candy, Inc. and also sat as a member of the Executive Board of Pez AG (Linz, Austria) where he reengineered the company operations and branding strategies, returning the PEZ Brand to prominence and profitability as a leader in novelty candies.