A generation ago, consumers and food industry professionals alike shied away from real dairy ingredients, such as cheese, cream, and butter, for the likes of processed cheese food, non-dairy creamers, and oleo margarine.

At the time, motivations included the broader functionality and shelf-stability of the ersatz products compared to real dairy. Other factors were their comparative cost advantages and the prevailing nutritional thinking at the time—since disproven—that whole dairy’s saturated fat was disproportionately, and perhaps uniquely, responsible for conditions such as obesity, hyperlipidemia, and diabetes.

The current era of exalting everything “real” is turning processors away from the artificial and highly processed ingredients that once were principal tools in food formulators’ kits. For dairy, this paradigm shift heralded a revival of the real cheese, cream, butter, and other ingredients once replaced by artificial alternatives. 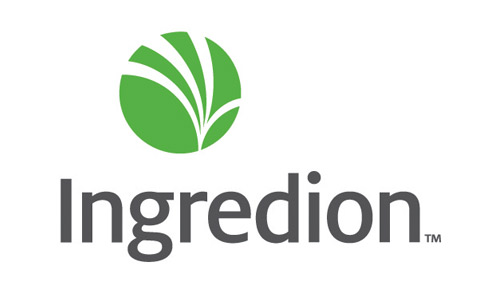 Working Class Heros
The popularity of real dairy reflects a broader movement among today’s consumers that underscores the extent to which they’re “so much more interested in where food comes from, and how it’s produced, as compared to the consumers of years ago,” says Barbara O’Brien, president, Innovation Center for US Dairy. “While taste, convenience, and affordability still are mainstays influencing purchases, several other factors now come into play, including healthfulness, sustainability, an expanded definition of food safety, transparency, and social good.”

That’s a tall order for a soup or sauce, but it’s increasingly the standard by which shoppers judge their food choices. Sources, such as the 2015 International Food Information Council’s “Food and Health Survey” and research from Edelman and Innova Market Insights reveal that for 78% of consumers, food choice is tantamount to “a statement about who they are;” 70% take into account how the food they purchase is farmed or produced. Overall, 88% “have given thought to the ingredients in their food,” and 75% believe ingredients on food labels should be “recognizable.”

Yet even as they’re ticking all these boxes, consumers don’t want to give up a great food experience, nor do they want to settle for poorer taste. This is why real dairy is the right choice for right now.

Tim Millson, CEO of LaLoo’s Goat Milk Ice Cream LLC, agrees. “The key factor for most of our consumers is maintaining a small ingredient list,” he says. The truth is, precious few cost-effective substitutes adequately replicate the texture, taste, and flavor of real dairy—especially the emerging and highly trendy goat’s milk—without introducing artificial flavors and colors, emulsifiers, sweeteners, or partially hydrogenated oils (GRAS status for which the FDA recently revoked).

As Millson insists, “Real dairy is always better than a long list of substitutes.” He even stressed the financial advantages of real dairy in the long run, noting that the primary ingredient in many dairy substitutes is water, and remarking: “Who likes paying a premium price of $4-5 per pint for something your city sells you for $.15 a gallon?”

Over the last five years, clean label claims appear more often on new dairy launches in North America, according to Innova Market Insights, Netherlands. The number of launches tracked with claims such as “not treated with growth hormones or antibiotics” has grown every year, up around 9%. Among yogurt drinks, around a third of the launches were tracked with a clean label claim in 2015.

The most frequently used type of clean label claim within the dairy category is “no additives and preservatives,” according to Innova. It also shows strong growth from 2011 to 2015. And perhaps due to some media attention, natural has actually become a less-often-used claim, reported Innova.

For Nestlé, the focus will be on simplifying ingredient lists across more than 100 products, including the removal of artificial colors and flavors, and genetically modified organisms. The company will also use milk from cows not treated with rBST, will look to add more real fruit or fruit juice and reduce sugar by an average of 11% on select products. In December of last year, Nestlé also announced that it will transition to using only cage-free eggs in all of its U.S. food products, including ice cream, within the next five years. A nationwide roll-out for the newly updated products began in March.

Dannon pledged to its farmers, retail customers and consumers to further improve sustainable agriculture practices and technology for its milk supply, to increase transparency for its portfolio of products and evolve to more natural and fewer ingredients (that are not synthetic and non-GMO) for three flagship brands — Dannon, Oikos and Danimals.

Dannon also commits that for these brands the feed of its farmers’ cows will be non-GMO, within a transition period of three years. This is a first for a leading non-organic yogurt maker, according to the company. To ensure full transparency for consumers, the company also commits to declare on labels the presence of GMO ingredients in its products nationwide by December 2017.

Dairy Processors Focus on Clean Ingredients, New Organic Products
The clean label trend (which is dominating the conversation in the food industry) isn’t so much a trend anymore, but a “movement.”