Three-quarters of those secretly served alternative foods liked them

More people are consuming dairy and meat alternatives, and they are also getting sneaky by serving those plant-based alternatives to others without telling them, according to a study by Earth Balance.

The nationwide study of 2,000 consumers found that approximately one-quarter of respondents have served a dairy or meat alternative to friends and family without disclosing the swap, and most people who consumed the sneaky swap ended up enjoying the replacement, according to the home chef. Surprisingly, men are more likely to have acted as the sneaky chef, with 27% revealing that they've served up alternatives to unwitting diners vs. 22% of women.

Who Spotted the Swap?

Apparently, the alternatives tasted a lot like the "real thing" to many friends and family members, with the study revealing that nearly half – 43% – failed to realize they were being served a dairy or meat alternative. Millennials and GenXers were the most perceptive when it came to identifying the substitution, while older generations had a harder time spotting it. Also, men were 11% more likely to spot it than women.

They Really, Really Liked It

Whether they were on to the chef or not, the majority liked the alternative foods they were served. In fact, 74% of sneaky chefs reported that the people who ate the food alternative enjoyed it. Enjoyment levels were high across all generations, but the highest were among Gen Y and Baby Boomers – 80% of those 25-34 years old liked it, as did 77% of those 55 and older. 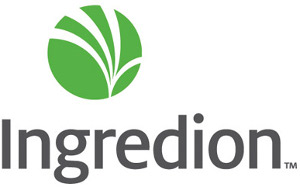 "We're seeing more people become open to cooking with dairy and meat alternatives and turning others on to these swaps, because they know how tasty they can be," said Adriane Pilcher, director of marketing at Earth Balance. "And the best part is that this trend is not just limited to self-proclaimed foodies anymore. People from all walks of life are realizing they actually enjoy tofu, almond milk and other better-for-you, plant-based foods that are delicious and most importantly, extremely easy to incorporate into everyday recipes."

The study found that 55% of people have used substitutions or modifications when preparing their favorite recipes to try to make them healthier, and they're often doing so stealthily with the hopes that their friends and family will discover and enjoy them, rather than dismissing the dish based on preconceived notions about taste and/or texture.

Not surprisingly, parents are some of the most stealth ingredient swappers. Parents of 2-12 year olds were shown to be much more likely to substitute the "real thing" for what are often deemed as healthier offerings. Thirty-five percent of parents said they'd served an alternative dairy or meat product without telling the recipients, which is 10% higher than the overall average and 23% higher than non-parents. Kids, though, may have a more discerning palette than expected. Sixty-one percent noticed what they were served wasn't the "real thing," which is 4% higher than the overall average. Being keen to the swap didn't mean they like the food any less. In fact, kids' enjoyment rates were still high (>72%) and close to the overall average.

This survey was conducted online within the United States by 72 Point Inc. on behalf of Earth Balance in June 2016 among 2,000 consumers ages 18 and older.