Generation Y may be a difficult group to define, but it is an incredibly powerful demographic in terms of spending power. 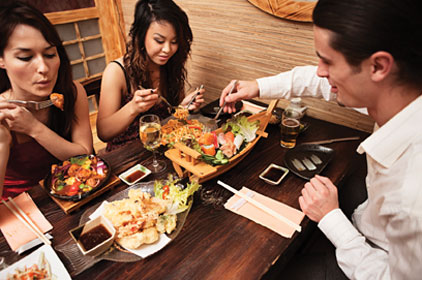 Generation Y, also known as the Millennial generation, can be a difficult group to quantify. Truth be told, precise definitions of its time span vary from researcher to researcher, with some saying it began in the late 1970s, others contending it did not begin until the mid-1980s, and its ending occurring at various points in the early 2000s.

Regardless, it is a sizable demographic, of no less than 76 million consumers and possibly closer to 100 million, and one with an equally notable spending power. Advertising Age, defining the generation as those between 17-34, predicts the group will collectively spend more than $200 billion annually starting in 2017 and $10 trillion in their lifetimes, a significant portion of which will naturally be on foods and beverages.

In a study of more than 1,000 consumers, Y-Pulse and The Culinary Visions Panel conducted research to understand the factors that drive snack purchase decisions for consumers in different age groups and life stages. They opted to investigate snacking behavior because younger consumers, in particular, eat more small meals or snacks throughout the day, rather than traditional meals favored by prior generations. The study evaluated snacking behavior and motivation across nine different away-from-home segments.

This study defined Generation Y as consumers born between 1977 and 1994; and, in fact, broke that large demographic into smaller groups.

Sharon Olson, executive director of Y-Pulse, explained the reasoning, “As members of this large demographic group have matured, it has become important to gain a deeper understanding of the factors that influence their food decisions away from home. Young consumers who are still finishing college and living at home behave differently than those in transition to their own financial independence or those who are heads of their own households with young children.”

The study says younger Millennials (those aged 19-25) snacked more often in the past year yet are also cooking at home more often. Their “snack throughout the day” mentality has supplanted any commitment to regular larger meals, and as a result, convenience stores are often their dining venue of choice.

Middle Millennials (those between 26-30) report they snack more during the late afternoon and before dinner. Of their generation, they are least likely to bring snacks from home and will, instead, turn to convenience stores and quick-service restaurants for snacking occasions.

Defined as those between 31-36, older Millennials report they snack mid-morning and late afternoon and no more often than a year ago. For snacks, they opt for cheese, nuts and baked items more often than any other age group, and they are more likely to bring snacks from home (33% make their own snacks at home). Nevertheless, 47% of this group chose convenience stores; 39% quick-service restaurants; and 20% from drug stores.

Overall, this generation prizes freshness above all other criteria in making their snack choices; 94% of Millennials regard freshness as important or very important. Craving, comfort and healthfulness were cited by 89%, 86% and 83%, respectively.

Concentric Marketing also studied the brand attitudes, shopping habits and preferences of Millennial consumers, finding a degree of divergence from some of the commonly held beliefs surrounding this group. For instance, they still prefer a traditional brick-and-mortar shopping experience over e-commerce for the majority of their regular purchases.  When asked for the type of store they prefer to shop the most, nearly 60% cited the traditional grocery store and mass merchants.

Which segments of the grocery store see the most interest from Millennial shoppers?  Dairy, produce, meat and frozen topped the list. Despite studies showing over a third of this generation is considered obese, Millennials in this study were very nutritionally knowledgeable, with nearly 60% citing the importance of monitoring caloric intake, protein, fat grams and sugar grams in their diets. They also contend they are eating out less and cooking at home five or more times per week. 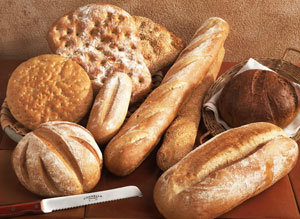 Officials say a move to wheat flour “allows for a reduction in other additives, as well; and exemplifies Gonnella’s continued efforts to improve product formulations to stay abreast of industry and consumer trends.”

“For more than 30 years, Gonnella has been a national supplier of frozen dough for in-store bakery and food service operations,” says Tom Marcucci, Gonnella vice president of sales and marketing. “We are committed to the success of our partners and work in collaboration with them to provide great-tasting baked goods that people enjoy. Our unbleached flour products are just the most recent example of that.

“Consumers are not only more health conscious than ever before, they are also more knowledgeable,” Marcucci adds. “They read ingredient legends and are advocating for cleaner label foods that have fewer additives. We have the ability to provide these types of baked goods to our customers, which in turn allows them to better meet the demands of their shoppers.”

Gonnella tests unbleached-flour formulations in a Schaumburg research center. Marcucci says unbleached wheat flour is simply a “less-processed” alternative for baking—it does not contain additives to help achieve the bright white color generally associated with flour. He says the alternative flour does not alter the flavor, performance or quality of the bread and roll dough.

“In fact, the only difference customers may see when choosing items made with unbleached flour is a slightly off-white color in white bread,” he says. “There will be no noticeable difference in wheat and rye breads.”