A look at new dressings, sauces & spreads products making a debut in November 2018

Mizkan says its RAGÚ brand team members connected with 1,000 moms across America. The “RAGÚ Simply Real Moms Survey” revealed how moms, especially Millennial moms with young children, feel about the everyday dinner experience. The brand uncovered that the majority of moms polled (52%) said they feel more stress during the busy back-to-school season when compared to the summer. Additionally, three-out-of-four moms are worried about the ingredients in their children’s diets, including those they don’t recognize, as well as added sugar and artificial ingredients.

“The RAGÚ Simply Real Moms Survey reinforced what we know about moms—that they feel pressure and stress when it comes to making a weeknight dinner that their family will eat, but also one that doesn’t feel like a compromise in terms of nutrition,” says David Beck, senior brand manager for Mizkan America, Inc.

The four new varieties of RAGÚ Simply Pasta Sauces are now available in the pasta-sauce aisle at select grocery and mass retailers nationwide for a suggested retail price of $2.19.

Variations of Ssäm Sauce have been a staple in the pantry of Momofuku kitchens since the opening of the Momofuku Noodle Bar in 2004. The original Ssäm Sauce combines gochujang, a traditional, umami-rich Korean chili paste, with miso, sake, soy sauce, and rice vinegar. Chang says the spiciness of the Korean chilies is balanced for a subtle heat that adds a tangy and complex flavor to anything—noodles, burgers, pizza, fries, sandwiches and everything in between.

Chang says the Original Ssäm Sauce will be available alongside two new versatile flavors, Smoky and Spicy, on Amazon.com. In the new Smoky flavor, BBQ meets Korean chilies in a tangy sauce that is the perfect balance of spicy, smoky, and sweet. The new Spicy flavor takes the heat up a notch and adds a kick to everything from fried chicken to tacos to egg sandwiches.

“The flavors of Ssäm Sauce are part of Momofuku’s DNA. It’s something that we’ve served in the restaurants for 14 years, and it’s crazy to me that it will now be available across the US,” said David Chang, Momofuku chef and founder.

“David Chang’s culinary influence is stronger than ever, and we couldn’t be more excited to partner with him,” added Sergio Eleuterio, general manager, Springboard Brands. “Korean sauces and flavors have become more and more infused in American cooking, and we are so excited to take a long-time staple in Momofuku’s pantry and introduce this as a staple in home kitchens across the country.”

All three flavors of Momofuku Ssäm Sauce were available at Amazon.com beginning in mid-April.

This fall saw The Kraft Heinz Company, based both in Chicago and Pittsburgh, announce its debut of Heinz Mayochup sauce, a blend of mayonnaise and ketchup previously only available overseas, in the Middle East.

In the running to receive a first taste of Heinz Mayochup are the three cities whose residents were most passionate on social media about bringing Mayochup stateside earlier this year: Culver City (Calif), Chicago and Brooklyn, N.Y.. Fans were be able to cast their vote at Twitter.com/HeinzKetchup_US and the city receiving the most votes would experience a Heinz Mayochup food truck takeover—complete with free samples and fries for dipping.

“After seeing the unprecedented passion surrounding this product, including the nearly one million votes on social media and 500,000 votes in favor of bringing it stateside, launching Mayochup in the U.S. was a no-brainer,” said Nicole Kulwicki, director of marketing for Heinz. “We’re excited to officially welcome Heinz Mayochup sauce to the Heinz family of products, including ketchup, mustard, BBQ sauce and our most recent addition, Heinz mayonnaise.”

Officials say Heinz Mayochup combines the taste of mayonnaise, ketchup and a special blend of spices. Available in 16.5oz squeeze bottles at a suggested retail price of $3.49, Heinz Mayochup will be available at most major retailers including Walmart.com.

Unlike many competing products on the market, Litehouse Snack Packs do not contain artificial preservatives, colors or flavors, and are made without high fructose corn syrup or added MSG. Available in a six-pack of 1.5oz. cups, Litehouse Snack Packs can be found in the refrigerated produce department at grocery retailers nationwide for a SRP of $3.99-$4.49.

Litehouse Organic Spoonable dressings are a new take on the company’s classic, creamy dressing flavors and will help make organic even more accessible for consumers across the country.

“As a staple condiment in almost every house in America, ketchup is traditionally filled with high fructose corn syrup, refined sugar and other questionable ingredients,” notes Primal Kitchen Founder Mark Sisson. “Or, ‘healthier varieties’ are made with dates, honey, stevia and other sugar alternatives that compromise on taste. I couldn’t believe that no one had tackled ketchup. So, we set out to do it right and create a ketchup that tastes great and makes clean eating easy and exciting.”

Officials said this year’s contest drew more than 500 new store brands food and non-food products, which were evaluated by panels of industry professionals and consumers. Judges selected 53 winners including 38 food and 15 non-food items.

“What is really amazing is how good retailers have become in spotting trends and developing new products,” said PLMA President Brian Sharoff. “Ten years ago, all you heard were complaints from national brands about how private label was nothing more than copy-cats. Now it is the retailers and their store brands suppliers who are pioneering and leading the way.”

Retailers and wholesalers across the US, Canada and Latin America were asked to submit their new store brands products for consideration. Products were reviewed for innovation based on trends in the category, the markets in which the retailer operates and what competitors were offering. In addition to innovation and product concept, products also were judged for taste, texture and smell, packaging and presentation, and value for money. 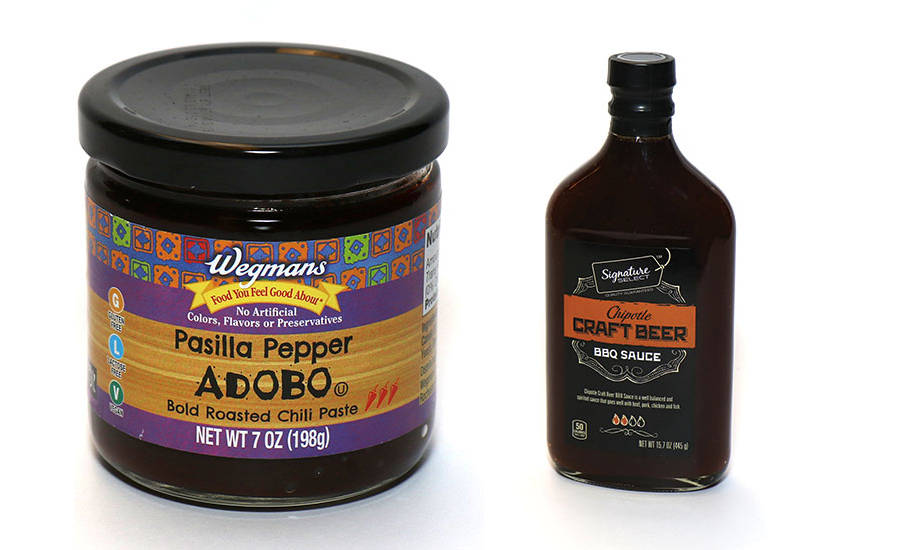 Originally appeared in the November, 2018 issue of Prepared Foods as Hitting the Shelves.